We have had to postponed this meeting until April 24th 2021 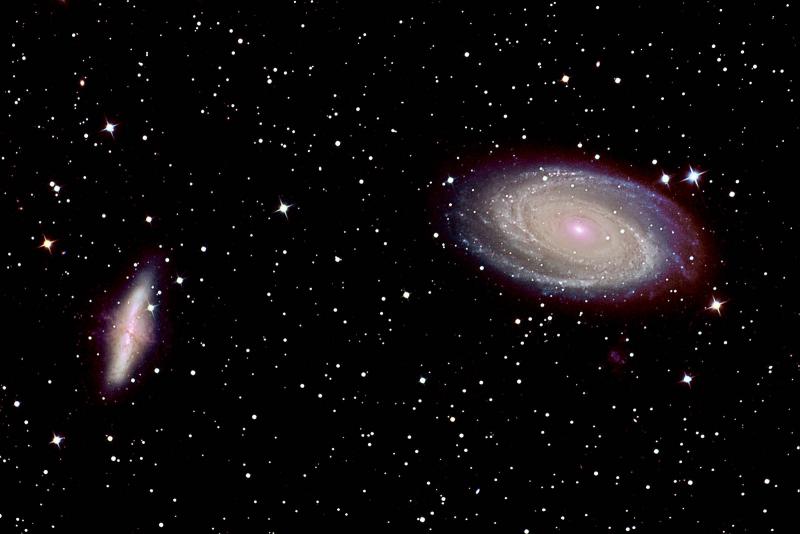 11:30 Prof Christoper Conselice – “Origins: The Universe to Intelligent Life and Everything in Between”

“I will discuss astronomical theories and data that explain how the universe evolved from the Big-Bang until today.  Much of this includes the formation history of galaxies and the way these are assembling due to cosmology and star formation.  These results also have strong implications for the presence of life within the universe which I will conclude with.”

Christopher Conselice is a Full Professor of Astrophysics at the University of Nottingham, where he has been on the academic staff since 2005. Conselice is an expert on the properties and evolution of galaxies, and he has researched galaxies from the local universe all the way back to the first galaxies.  He is also interested in new approaches to Big Data and Machine Learning which he is using to examine in novel ways the latest surveys of the universe.

Before coming to Nottingham he was a National Science Foundation Postdoctoral Fellow at Caltech, and he completed his PhD at the University of Wisconsin-Madison and at the Space Telescope Science Institute. Before that he received a BA with honours in Physics from the University of Chicago. Christopher won the Leverhulme Prize in 2009 for his research, which is lately focused on the formation of the first galaxies back to start of the universe, and preparing for new space missions by NASA and the European Space Agency.  He is one of four people at Nottingham on the Thomson-Reuters list of the top 1% most cited researchers in the world, and the only person in physical sciences at the University.

His work has been covered in various media including the Guardian, New York Times, Washington Post, Time Magazine and many others.  In 2016 his press release on discovering that the number of galaxies in the universe was 10 times higher than previous thought — now two trillion — was the 7th most viewed news item in all of physical sciences in 2016.

Conselice also sits on many boards and in leadership positions, including as the lead Legacy Scientist for the 1 Billion Euro ESA Euclid mission. He is also the lead editor of the Galaxies and Cosmology corridor of the Astrophysical Journal – the premier journal for astrophysics in the world.   In 2018 he was awarded an ERC Advanced Grant worth €2M.

Conselice is also very interested in outreach and does many events and media interviews on television.  He has also published along with historian William Sheehan a popular book on astronomy in 2014 called “Galactic Encounters” which recounts how we learned about galactic evolution in our universe.

With over 4000 confirmed planets and many thousand more candidate objects new exoplanets are being discovered every day. I’ll discuss how these recent discoveries have influenced our ideas about the formation of our own Solar System via planetary migration and resonance.  After briefly discussing how exoplanets are discovered and their properties measured I’ll focus on the Trappist-1 system, which contains 7 Earth-like planets, 3 of which orbit within the Goldilocks zone. I’ll conclude with a brief summary of future exoplanet finder missions.

Frazer Pearce is a physics professor at the University of Nottingham. He specialises in astrophysical simulations on some of the world’s largest supercomputers. His particular interest is structure formation and the impact of this on the formation and evolution of galaxies and galaxy clusters. He co-leads the 300 project: http://the300-project.org/ , an international collaboration of over 30 institutions. He moved back to his birth city of Nottingham as a lecturer in 2001 having previously been at Durham University and the University of Sussex 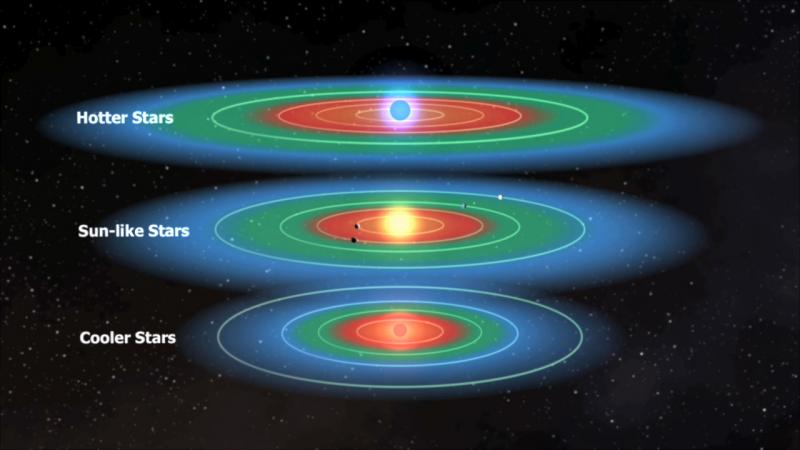 Prof Simon Goodwin is a Professor of Theoretical Astrophysics at the University of Sheffield.  He works on star formation and stellar dynamics – especially interactions between stars when they are young.

The first few million years of a star’s life are crucial.  We’ll look at how stars form from clouds of gas, and how planets form around them when they are very young.  This is an area full of interesting physics and chemistry (and maybe even biology). 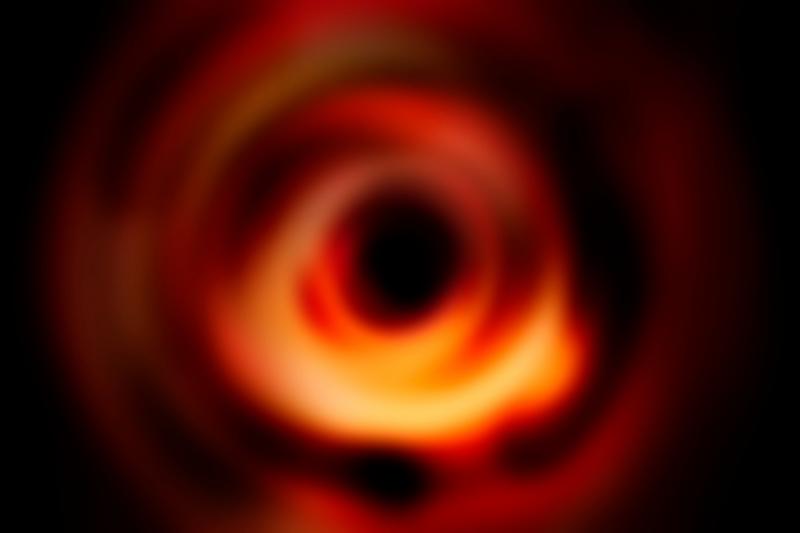 Peter Wheatley began his career in the 1990s studying X-rays from interacting binary stars at the universities of Leicester and Utrecht (The Netherlands). In the early 2000s he became increasingly interested in exoplanets, and became a founder member of the WASP consortium, which used small wide-field cameras to find over two hundred hot Jupiters around bright stars. He now leads the Next Generation Transit Survey (NGTS), which operates an array of twelve telescopes in Chile aiming to detect and characterise smaller transiting planets and long-period planets. Peter is also interested in planetary atmospheres, and uses larger telescopes to study the composition of hot Jupiter atmospheres using the technique of transmission spectroscopy. In addition, he investigates how the X-ray emission of exoplanet host stars drives mass loss from planetary atmospheres and influences their habitability.

In this talk, Peter will introduce the search for exoplanets using the transit method, and describe the population of exoplanets found by WASP and complementary projects. He will discuss how hot Jupiters are thought to form and evolve. He will then introduce the NGTS project and show how small ground-based telescopes can be use to make extraordinarily precise measurements of bright stars, thereby enabling the detection of small exoplanets. Peter will show how NGTS is being used together with space-telescopes to find long-period exoplanets and to characterise and measure the masses of smaller exoplanets. Finally, he will look forward to future projects, such as PLATO, which aims to find Earth-like exoplanets using the transit method.

16:15 Dr James Mullaney  – “The interplay between black holes and galaxies”

Bio: I am a research astronomer now based at the University of Sheffield, although I grew up in a town near Durham in the North East of England. After attending the University of Nottingham for my undergraduate degree, I did a PhD in Astrophysics at Durham University via a short detour as an accountant. While at Durham, I became interested in the supermassive black holes that astronomers now believe reside at the centres of all galaxies, and this interest has formed the basis of all my subsequent research. Today, my research largely focuses on trying to determine what causes these supermassive black holes to grow and what, if any, effect they have on their host galaxies.

Synopsis: At the centre of all massive galaxies, including the Milky Way, there resides a supermassive black hole. These black holes have masses of between a few million and a few billion times that of our Sun. When and how these black holes formed is a major outstanding problem in astrophysics, not least because it seems that they have played a major role in shaping today’s galaxies. In this talk, we will explore recent developments in our understanding of the birth of these black holes, how they grow, and their impact on galaxy evolution. 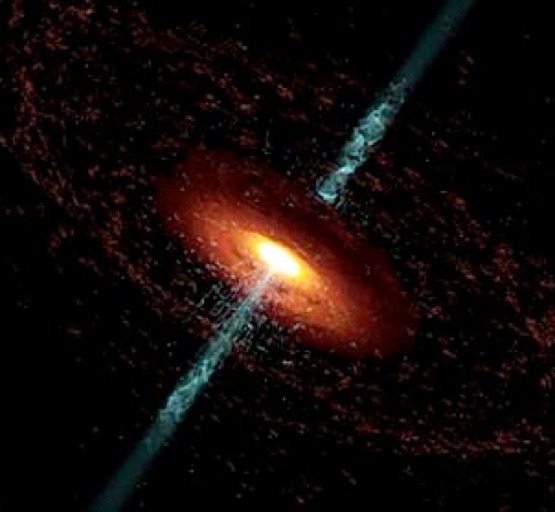 About our Host Society: –

Nottingham Astronomical Society has been serving amateur astronomers in the Nottingham area for over 70 years.  The society has more than 100 members and holds regular twice monthly meetings on the first and third Thursdays of each month, in Gotham and Plumtree, just south of the city. At the Gotham meetings talks are presented by learned speakers which have included such well known personalities as Dame Professor Jocelyn Bell Burnell, Professor Lucie Green and Dr Alan Chapman. The Plumtree meetings are more practical in nature, when members can give talks and discuss topics such as planetary and deep sky objects, observing techniques and equipment, and astrophotography.  Meetings also provide a helpdesk and access to the society library.

The society owns an observatory built by the members, housing a 24 inch f4 Newtonian telescope, one of the 2 largest amateur observatory telescopes in the UK. The telescope is driven by a friction drive system which can be operated either manually or by a computer with a go to facility. This also enables auto-guided deep sky astrophotography.

Nottingham Astronomical Society is a registered charity no. 1174746   www.nottinghamastro.org.uk

This meeting has been cancelled.

The prices are £12.50 for BAA members, NAS members, members of BAA Affiliated Societies and accompanied children under 16, and £15 for non-members. This price includes tea & coffee mid-morning, afternoon tea and a cold buffet lunch.
All attendees must pre-book via one of the following methods: