The Moon will pass in front of the Sun, creating a partial eclipse of the Sun visible from Eastern Asia, United States, Northern Mariana Islands, Midway Islands and Wake Island between 22:39 and 04:37 GMT.

The alignment between the Sun and Moon will not be very exact, and so the Moon will only partially cover the Sun, and nowhere on Earth will see a total eclipse.

From United Kingdom, no eclipse will be visible.

The path of the eclipse will pass through countries including: 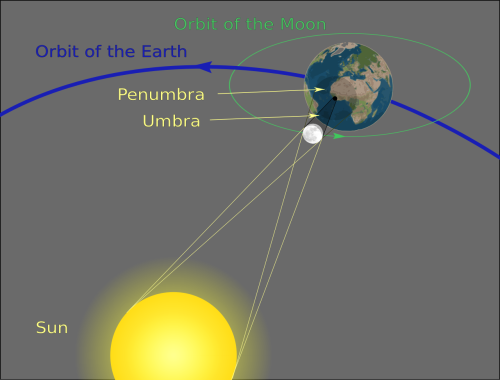 If you have any doubts about whether your equipment is safe, it is best not to risk using it. By far the safest thing to do is to go along to a public observing event. Many astronomical societies are likely to be hosting observing events on the day, and they’ll be sure to welcome newcomers. You may meet some new people at the same time as seeing the transit.

Many astronomy suppliers sell special special filters which are made for safe solar viewing. These include aluminised mylar filters, or black polymer filters, identified as suitable for direct viewing of the Sun. Check that the filter has a CE mark, and a statement that it conforms to European Community Directive 89/686/EEC. Alternatively, you can use a welder’s glass rated at No. 14 or higher. Always read the manufacturer’s instructions carefully.

Never attempt to make your own filter. In addition to visible light, the Sun also produces prodigious amounts of infrared and ultraviolet radiation which