Observation by Damian Peach: Venus 1 Week Prior to Inferior Conjuncti...

Venus 1 Week Prior to Inferior Conjunction in 2015-August 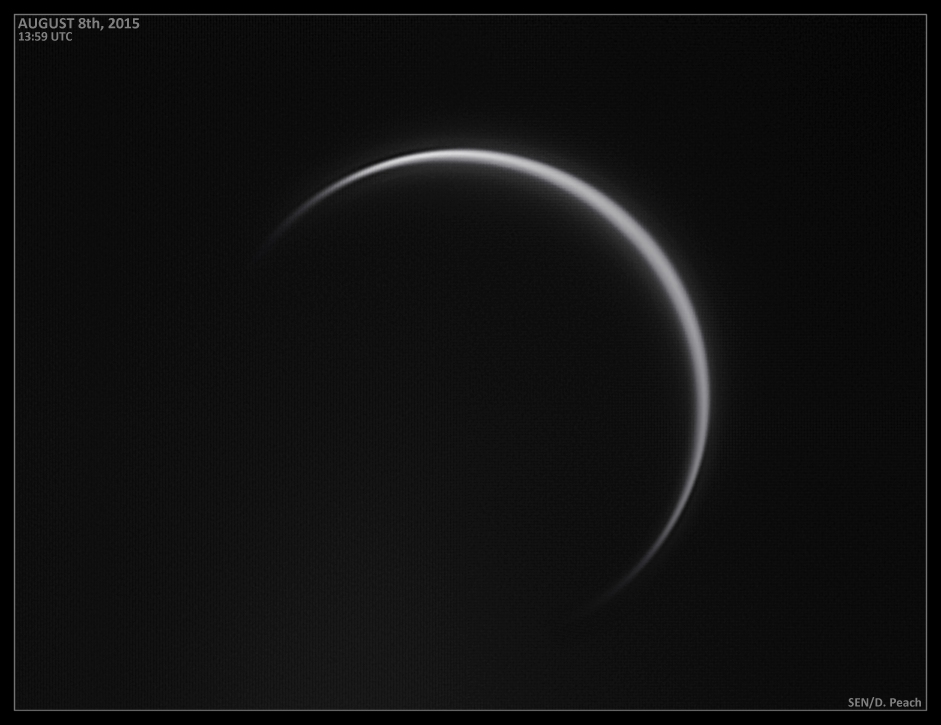 With Venus a week away from inferior conjunction, Damian used an IR900nm filter to capture this image, which greatly helped with contrast. The scope aperture was also masked down to prevent stray light entering. He also installed an active cooling system on the scope which seemed to help as there were periods of quite good seeing at times.