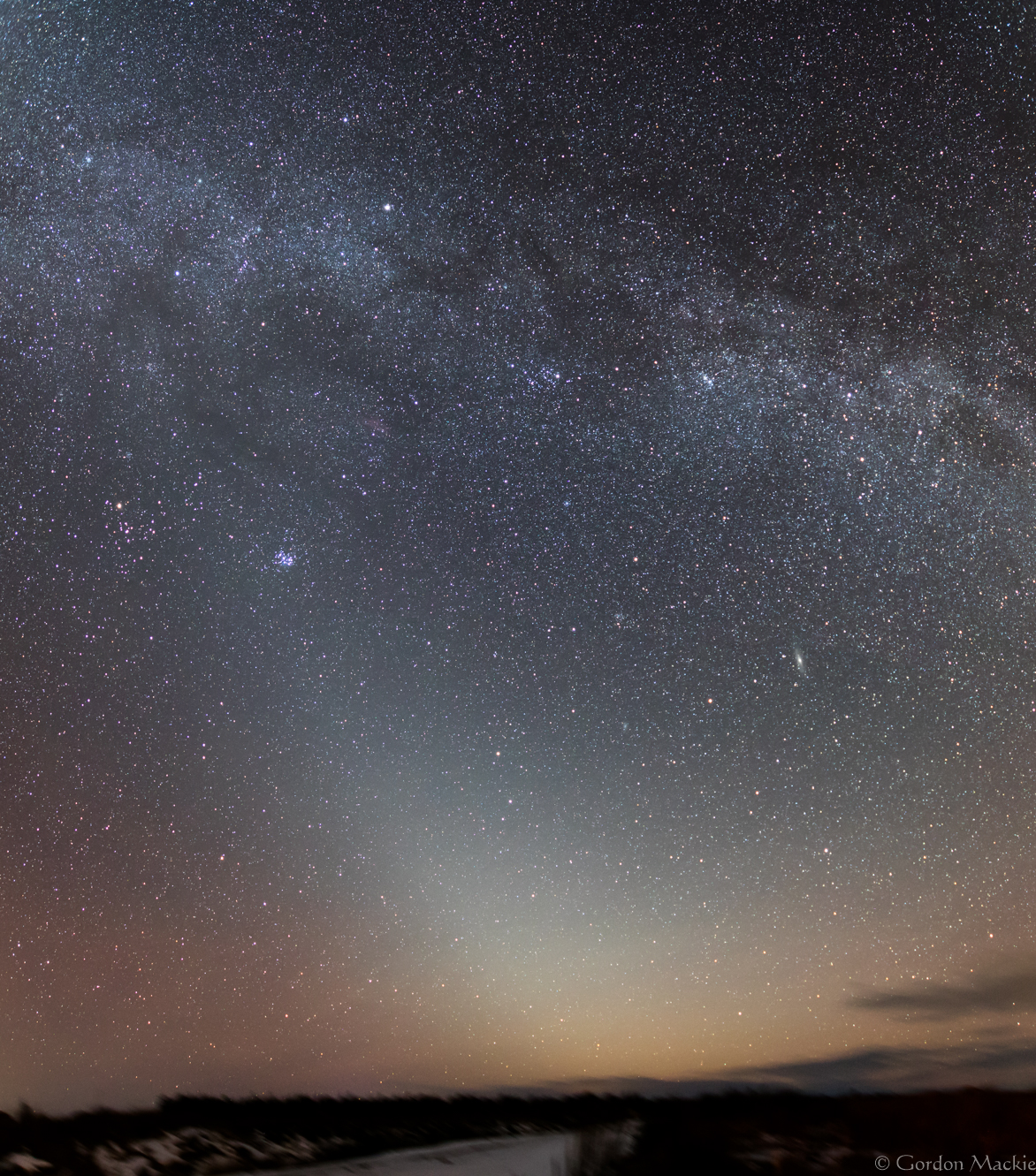 This image of the Zodiacal Light and Milky Way was obtained in 2016-March from a dark spot in Caithness, in the far north of Scotland. It was produced from two stitched wide angle shots taken with a Canon 760D DSLR on a Skywatcher Star Adventurer mount. Although this image is a long exposure and doesn't quite reflect the view observed, the ghostly white cone of backscattered zodiacal light was quite obvious to the unaided eye.

A Sigma 10-20mm lens at 10mm and f3.5 was used for the captures. Other camera settings were ISO 1600 and 240sec for both shots of the vertorama. As a result of the camera tracking the stars for this lengthy exposure the foreground is somewhat blurred. Stitching and minor tweaking was carried out in Adobe Lightroom 6.