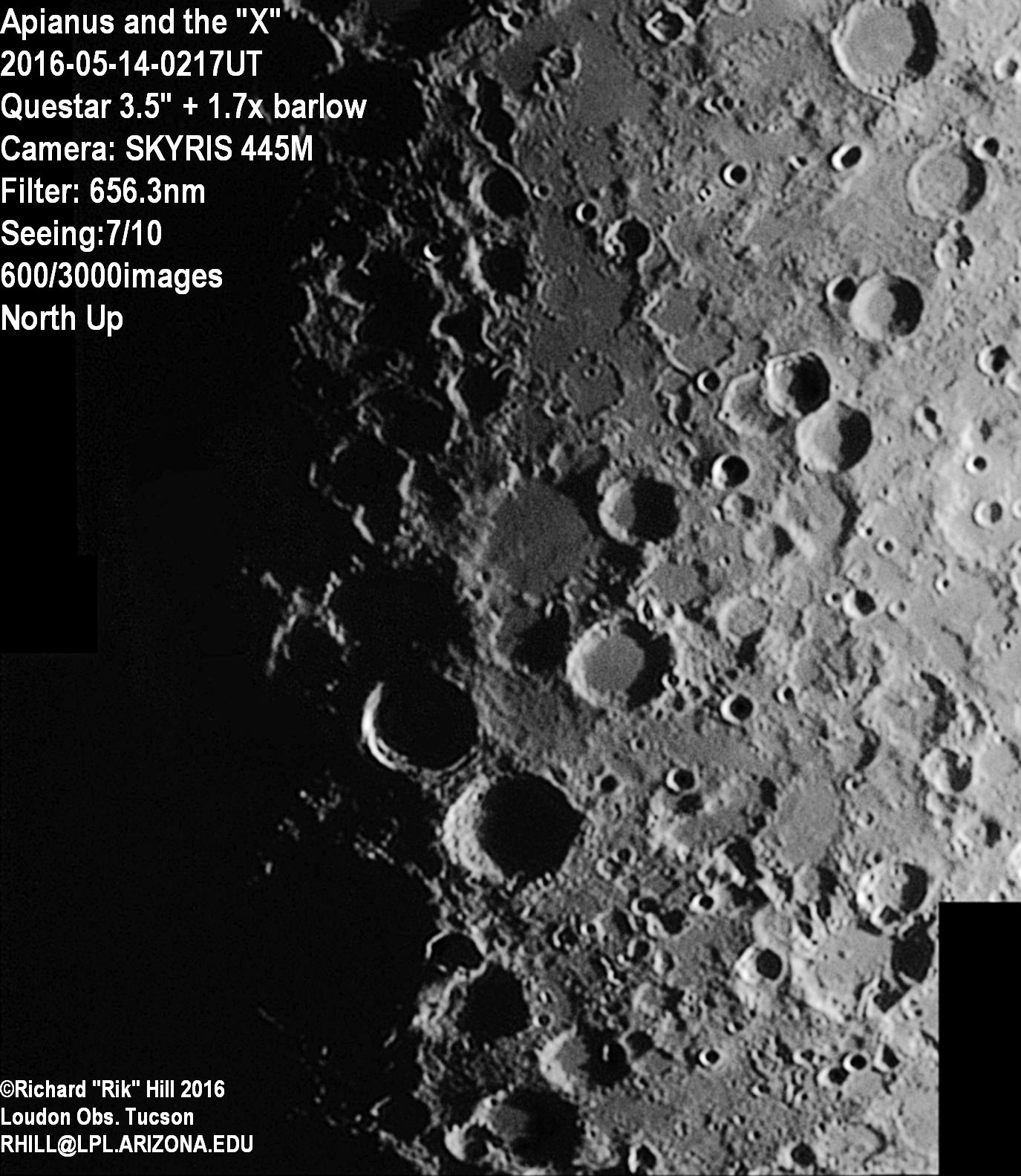 In the center of image is the flat bottomed 65km diameter crater Apianus. Just above it is the slightly smaller crater Playfair (49km), half in shadow here. Between them and slightly left (west) is the large 94km basin simply named Playfair G. To the lower left of Playfair are two large shadow filled craters. The lower one is the 82km Aliacensis, and to the upper left from that the 71km Werner. These two craters point right to the "X".

This interesting feature is formed from the walls of Purbach and Blanchinus which are largely in shadow except for the higher parts of their walls. Blanchinus is directly above Werner and Purbach immediately to its left.

Jeremy Shears,  Andy Wilson,  Neil Morrison,  Geof Lewis,  Martin E
Copyright of all images and other observations submitted to the BAA remains with the owner of the work. Reproduction of work by third parties is expressly forbidden without the consent of the copyright holder. By submitting images to this online gallery, you grant the BAA permission to reproduce them in any of our publications.