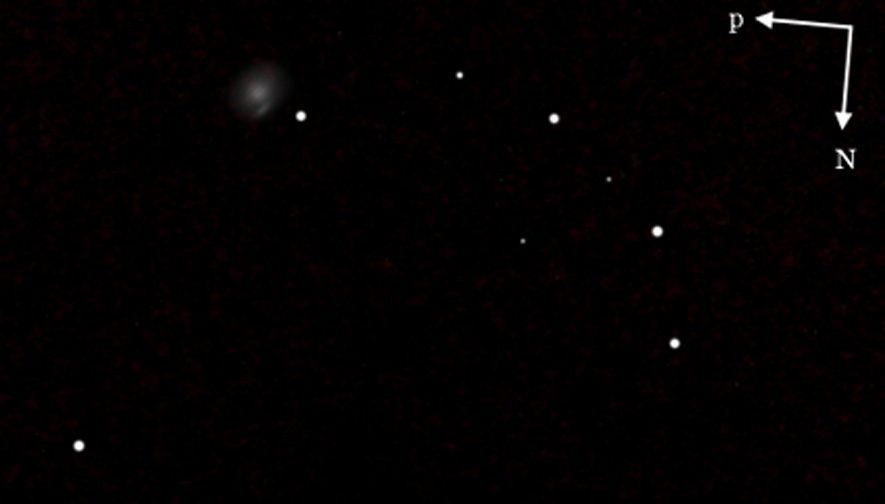 Weather continues calm, misty, murky and un-seasonally mild. The sky has 50% cloud cover with cirrocumulus covering the northern half from horizon to zenith.  Arp 200 was not conspicuous despite being listed at 12th magnitude. It lies at one end of a curve of faint stars running E then turning N. Initially it appeared as a coarsely mottled circular patch with an offset core and a knot of brightness near the adjacent star. Later it appeared as a blocky oval, with suggestions of structure, lighter and darker striations, running NW-SE, like a dab by an artist’s brush

James Dawson,  Jeremy Shears,  Callum Potter,  Peter Carson,  Mike Foylan
Copyright of all images and other observations submitted to the BAA remains with the owner of the work. Reproduction of work by third parties is expressly forbidden without the consent of the copyright holder. By submitting images to this online gallery, you grant the BAA permission to reproduce them in any of our publications.