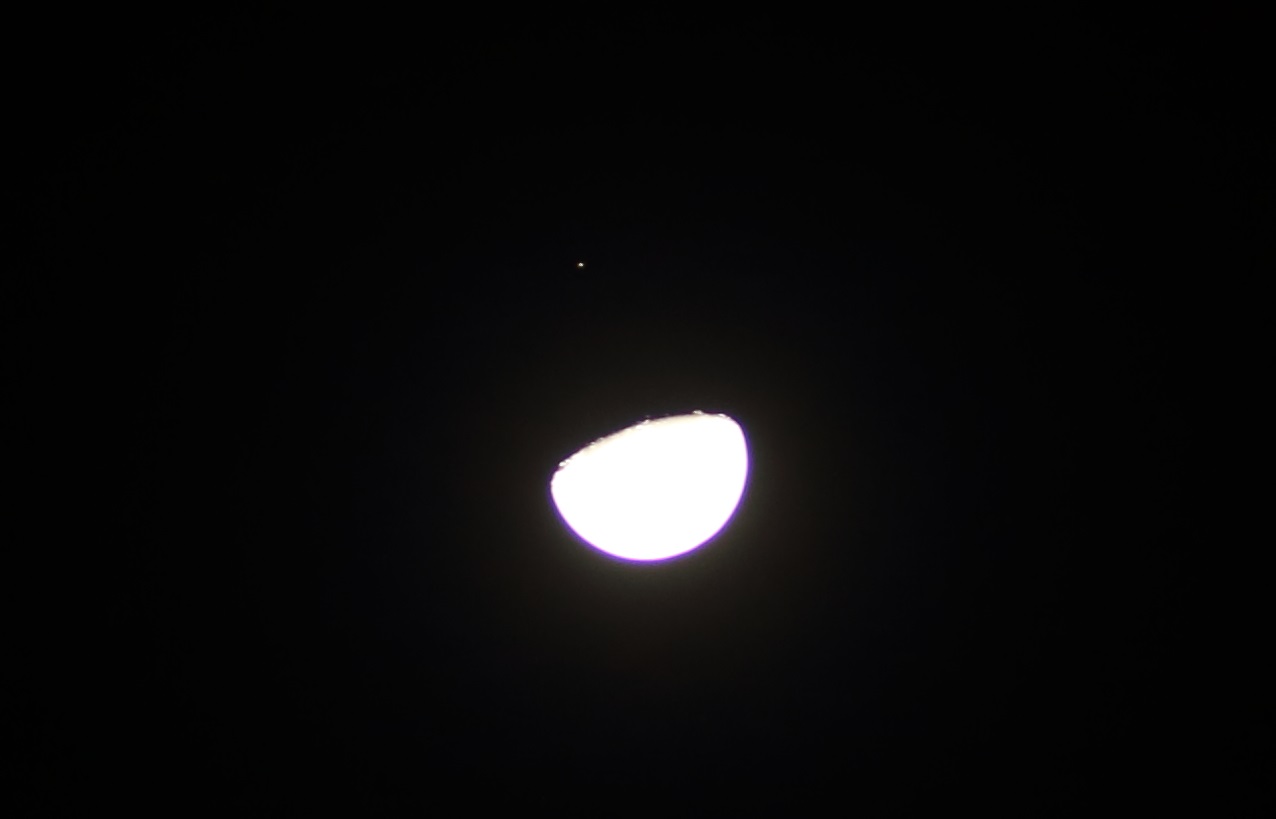 As I was returning from my observing site I noticed that Aldebaran was about to be occulted by the Moon. I checked with the BAA Handbook and noticed that no occultation was predicted from either the U.K. or the Antipodes, so I Googled it out and found the it was visible from southern Europe, the Mediterranean, north Africa and the Middle East. I set up my telescope on my stoep, and secured a few images as the Moon approached the star. As the occultation became imminent I decided to observe it visually. When the star disappeared I activated the stopwatch facility on my G-SHOCK watch. Meanwhile I had opened up www.heavensabove.com to obtain Universal Time. The stopwatch was stopped at 22h 44m 00s, and the time of disappearance timed at 22h 40m 49.2s. The telescope was an 80mm 500mmfl OG, with a 25mm Plossl eyepiece giving a magnification of twenty. No personal equation was applied, but forty years ago it was 0s.25. My location was 28deg 19' 16s.53N, 36deg 38' 49s.49E. My altitude was 788m

Jeremy Shears,  Peter Mulligan,  Peter Carson
Copyright of all images and other observations submitted to the BAA remains with the owner of the work. Reproduction of work by third parties is expressly forbidden without the consent of the copyright holder. By submitting images to this online gallery, you grant the BAA permission to reproduce them in any of our publications.