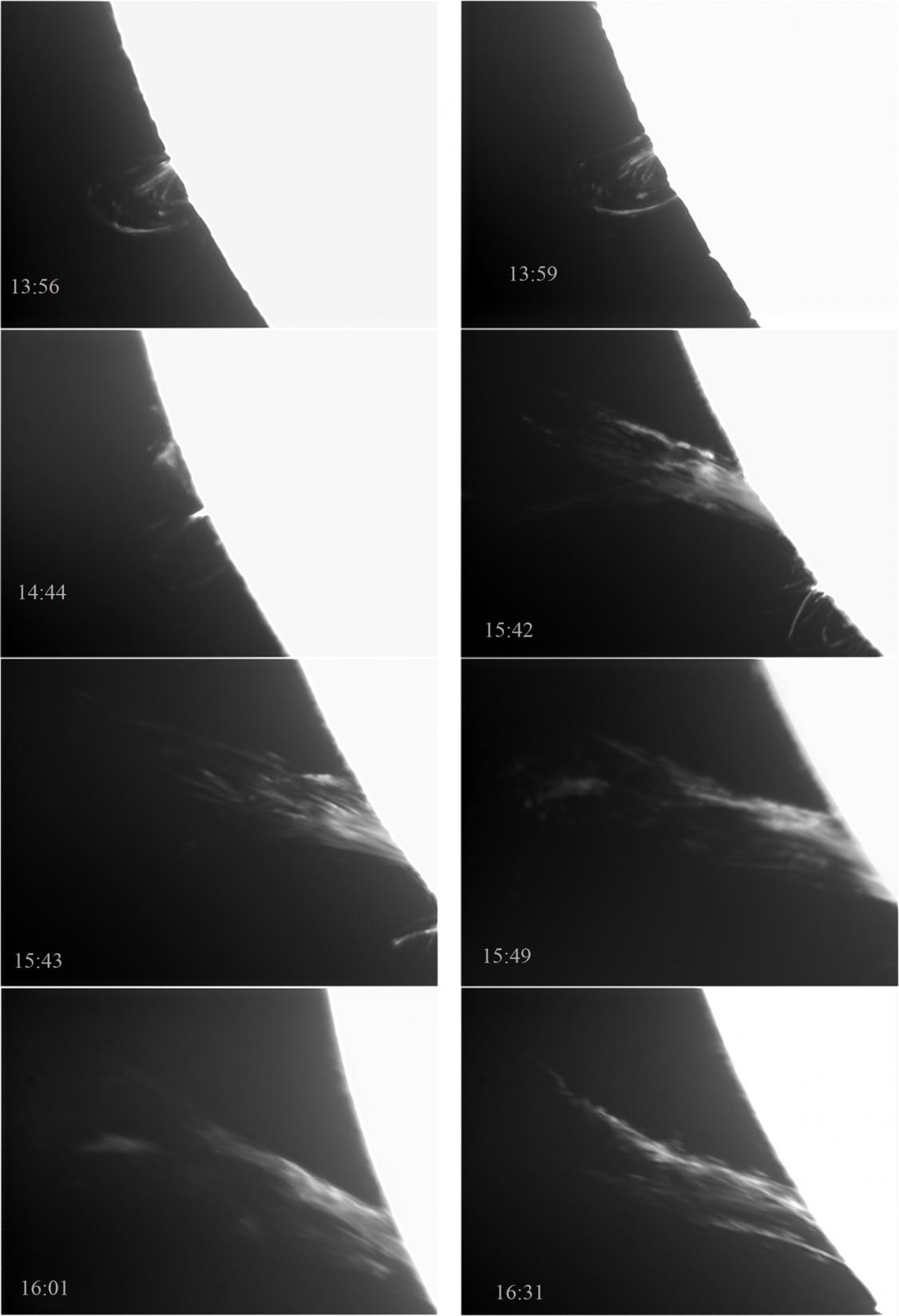 Plenty of action on the Sun today with a large prominence flaring up. Due to cloud I had to capture AVI's with random amounts of frames in the breaks and didn't have chance of capturing limb detail, so have left overexposed. Used my 150mm PST mod refractor and Skyris 618M to capture the action. First image was taken at 13:56 and the final image taken at 16:31,used Registax to stack all the AVI's and carried out minimal processing in Photoshop,using Picture Package to put the images together.