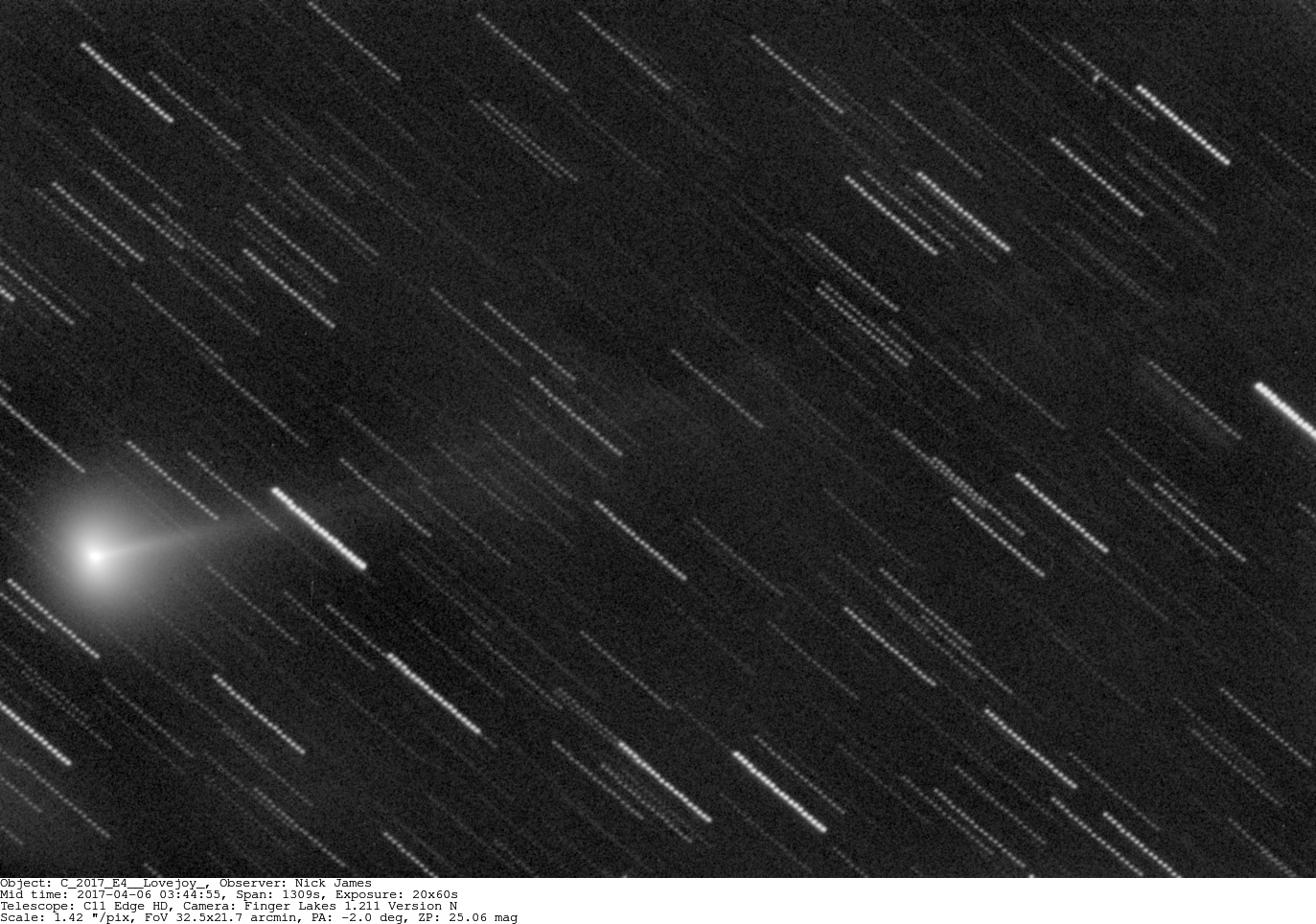 Another rather misty morning here. C/2017 E4 (Lovejoy) from Chelmsford, UK. The ion tail is fainter than yesterday and split into two. FoV is 32 x 22 arcmin. The comet was 16 deg up when I started the imaging run but had risen to 19 deg in the east by the middle of this stack. I have a battle with light pollution and my sky background is pretty dire in that direction due to a big, badly lit council storage depot about half a mile away.