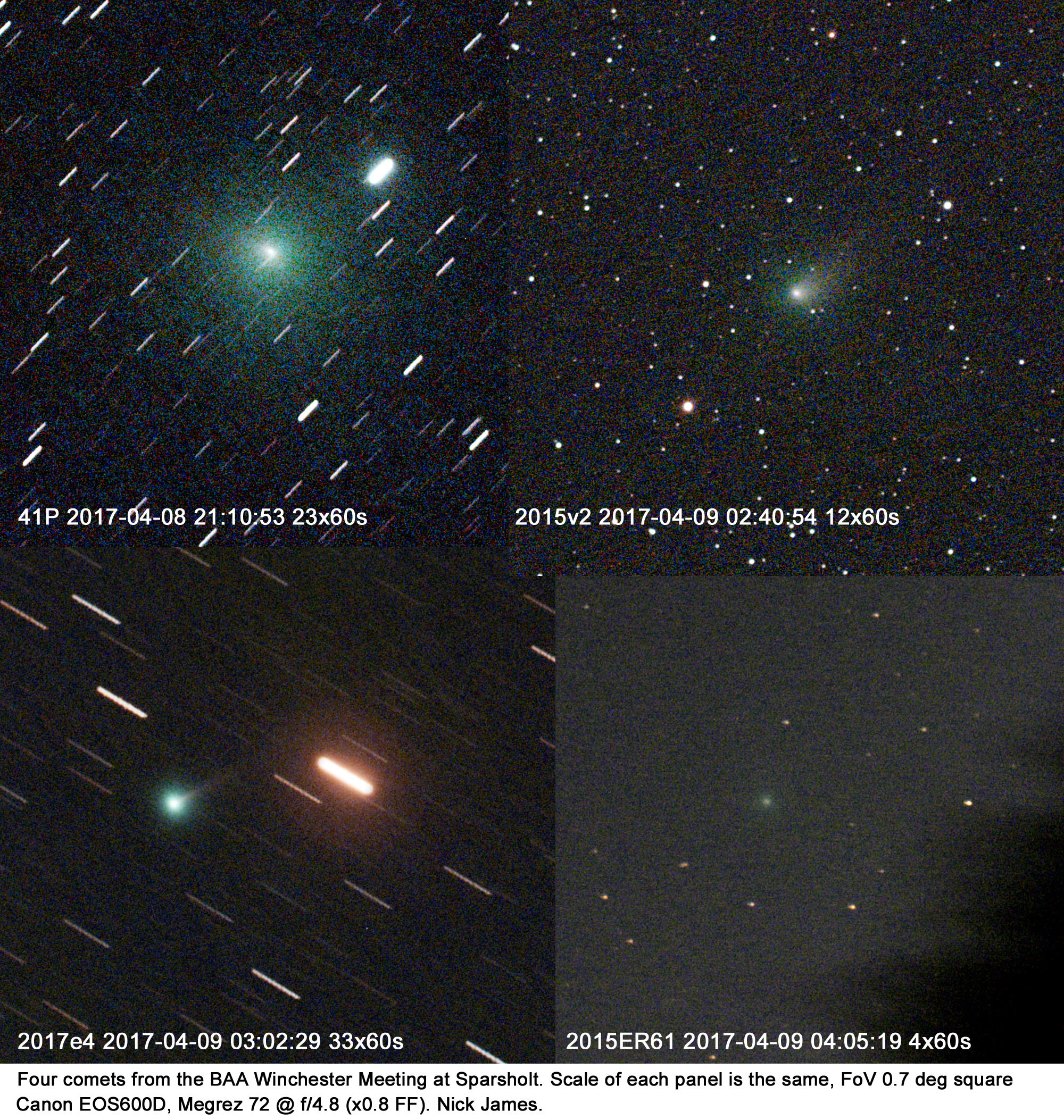 Those at Winchester will know that I had set myself the challenge of imaging all four of the relatively bright comets around at the moment even though the pesky Moon was almost full. 41P and 2015V2 are the subject of our current Observing Challenge and they were relatively easy since they were near the zenith, 2017 E4 was a bit more difficult since it was only around 15 deg up at dawn and 2015 ER61 was the hardest of the bunch since it was only 5 deg up when the sky was getting very bright. I used a Megrez 72 refractor at f/4.8 with a Canon EOS600D on a Vixen Sphynx mount set up on the lower football field. I'm pleased to say that after an alarm clock malfunction on the Saturday I managed to get them all on the Sunday. The attached montage shows them all at the same scale. A full-res version of this picture is available via the link.