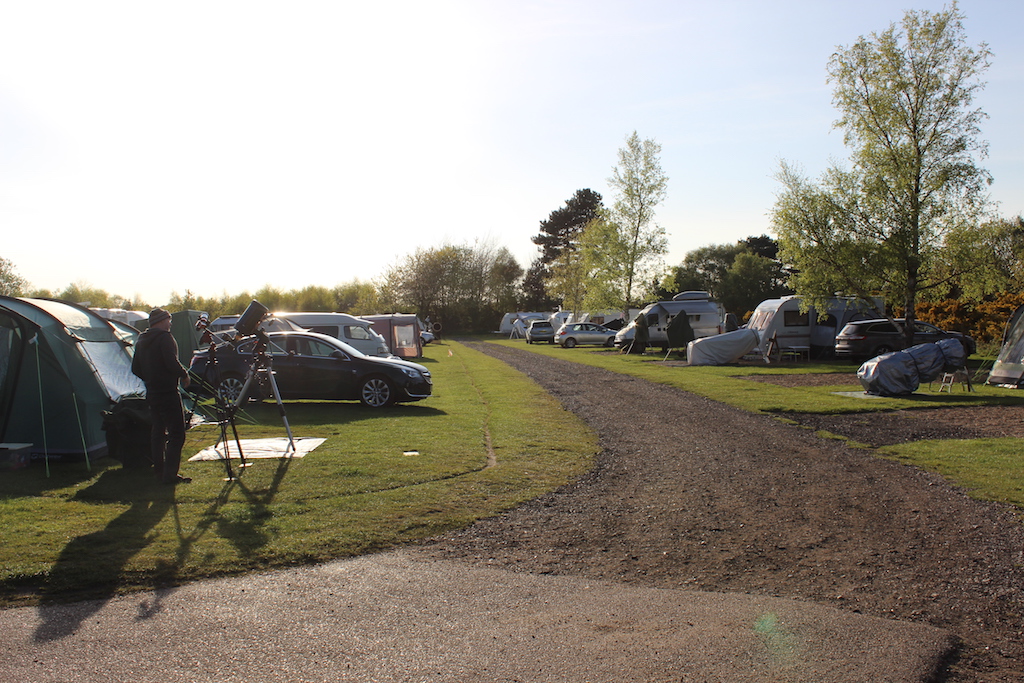 Skies cleared as the sun set boding well for a good night of observing that was to come. Although not the best weather and skies that the site can sometimes produce, this night was certainly better than many for me this year so far.

Aside from viewing a number of galaxies around Leo, and a few globular clusters (M3, M53, M13) with the vintage C8, there were also spectacular views of the Whale and Hockey Stick galaxies, M51 showing tremendous spiral arms and the link to the satellite, and a beautiful blue/green Cats Eye planetary with Andrew Robertson's 24" dobsonian.

And for those that like planets, Jupiter was well placed with the great red spot clearly visible early on.

As I was departing the next morning, I did not stay up beyond 1:30 am - at which point I made an SQM reading which showed 21.6 (average over a number of readings).

The other two nights were poor for observing, though those that were there on Thursday got some good views.

But of course it was also a great social event, and a good time to catch up with old and new friends, and meet up with a number of BAA members.

Clear spring skies are lovely, but often chilly... I hope you had your thermals Callum.

Hi Callum, I should have said a bigger hello when we were stood together in the dark on Sunday night around Andrew's Dob. You might have guessed it was me ?!

Yes - it's a bit difficult to realise who is who when it's dark!

I passed by your funky caravan a couple of times too - but you did not seem to be home!

Catch up next time...