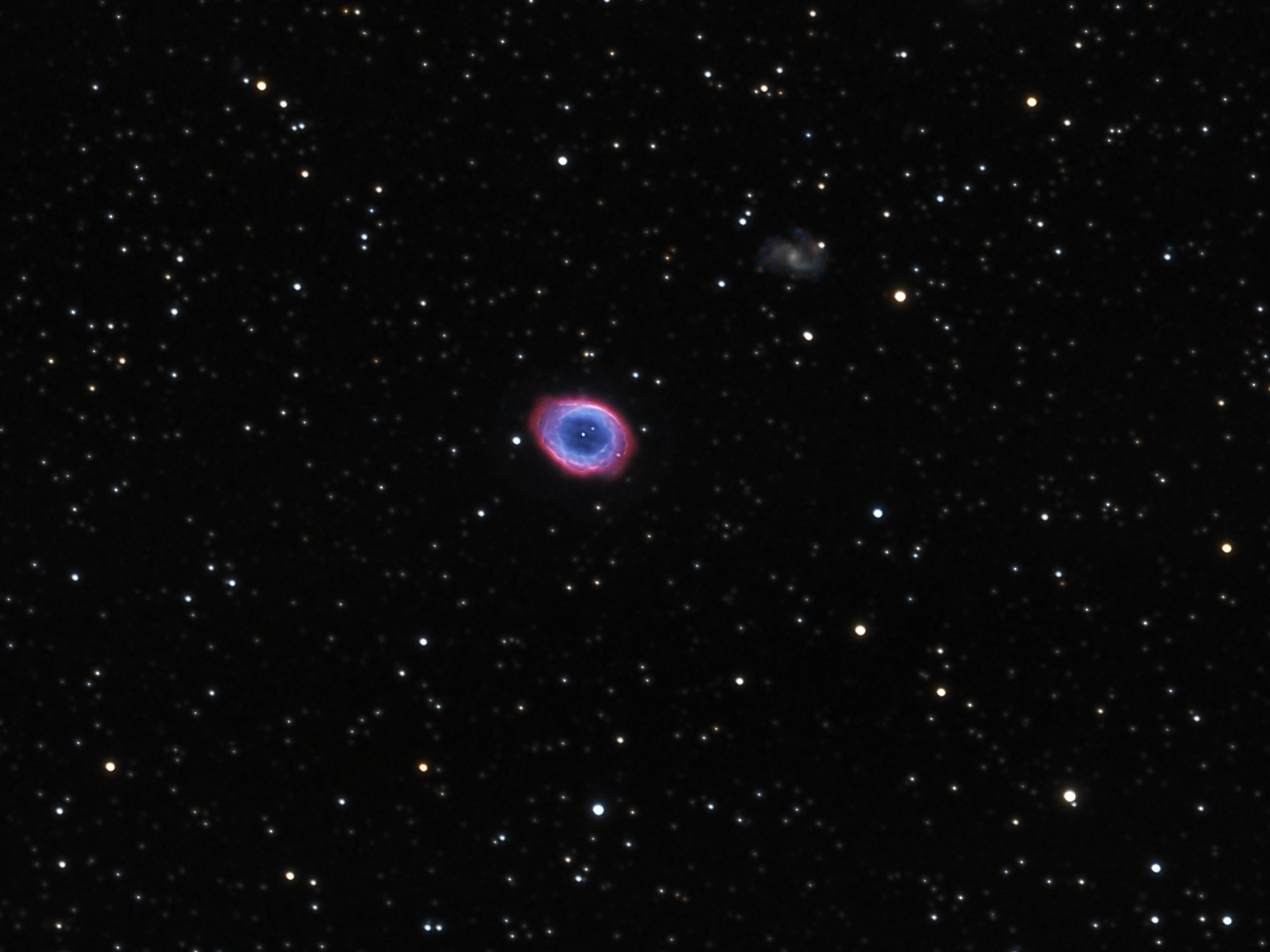 An old familiar favourite, the Ring Nebula in Lyra.  In this image I attempted to capture some of the structure in the ring by: capturing in excess of 4-hours of light frames; and combining the use of PixInsight and PhotoShop to create a high dynamic range image.

Recent research has confirmed that M57 is, most probably, actually a ring (torus) of bright light-emitting material surrounding its central star, and not a spherical (or ellipsoidal) shell. Viewed from its equatorial plane, it would thus more resemble the Dumbbell Nebula M27 than its appearance we know from here. We happen to view it from near one pole.

A total of 53x300second (4 hours and 20 minutes) light frames were calibrated, stacked and initially processed in PixInsight.  In order to create the high dynamic range in this image, five separate images were created in PixInsight with different levels of non-linear stretching.  The five images were then layered and blended in Photoshop to create the single high dynamic rang image.

Jeremy Shears,  David Swan,  Graham Winstanley,  Ray Emery,  Peter Carson,  Andy Wilson,  Peter Mulligan,  Callum Potter,  James Dawson,  Robert James Stuart,  Ian Rothwell
Copyright of all images and other observations submitted to the BAA remains with the owner of the work. Reproduction of work by third parties is expressly forbidden without the consent of the copyright holder. By submitting images to this online gallery, you grant the BAA permission to reproduce them in any of our publications.