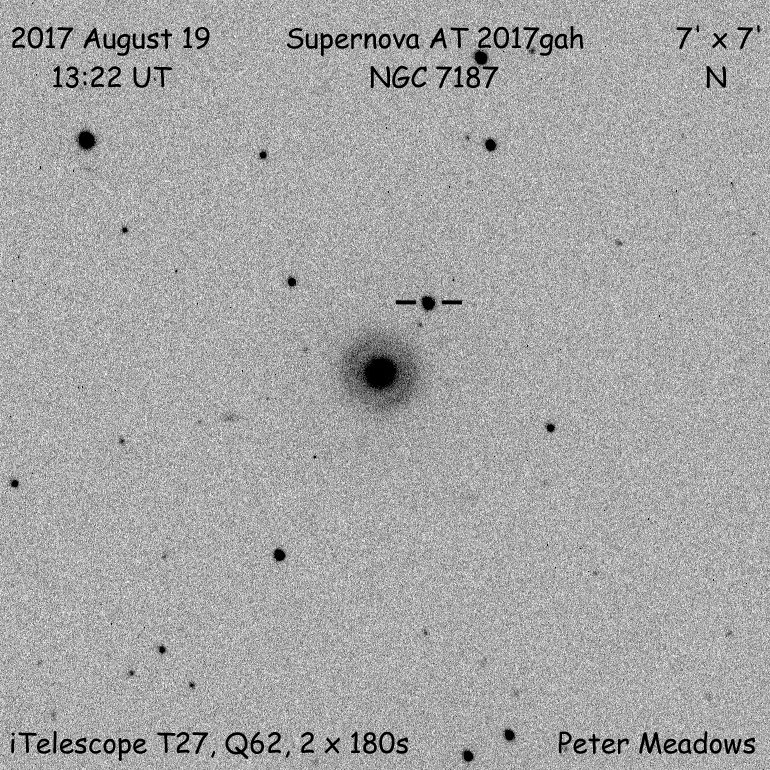 As described in 'The Astronomer' e-circular E3280, The Astronomer's Telegrams 10633 & 10639, a relatively bright supernova has been discovered in NGC 7178 (Pisces Austrinus). The team that made the discovery on 10th August 2017 includes astronomers from Queen's University, Belfast. Spectroscopy described in ATEL 10639 confirms the discovery as a Young Subluminous Type 1a supernovae, AT 2017gah, well before maximum light.

The image was obtained by iTelescope T27 in Siding Spring, Australia on 19th August 2017, clearly shows the supernova in the middle of the image as indicated by the two bars.

Jeremy Shears,  David Swan,  James Dawson,  Len Entwisle,  Robert James Stuart,  Peter Carson
Copyright of all images and other observations submitted to the BAA remains with the owner of the work. Reproduction of work by third parties is expressly forbidden without the consent of the copyright holder. By submitting images to this online gallery, you grant the BAA permission to reproduce them in any of our publications.