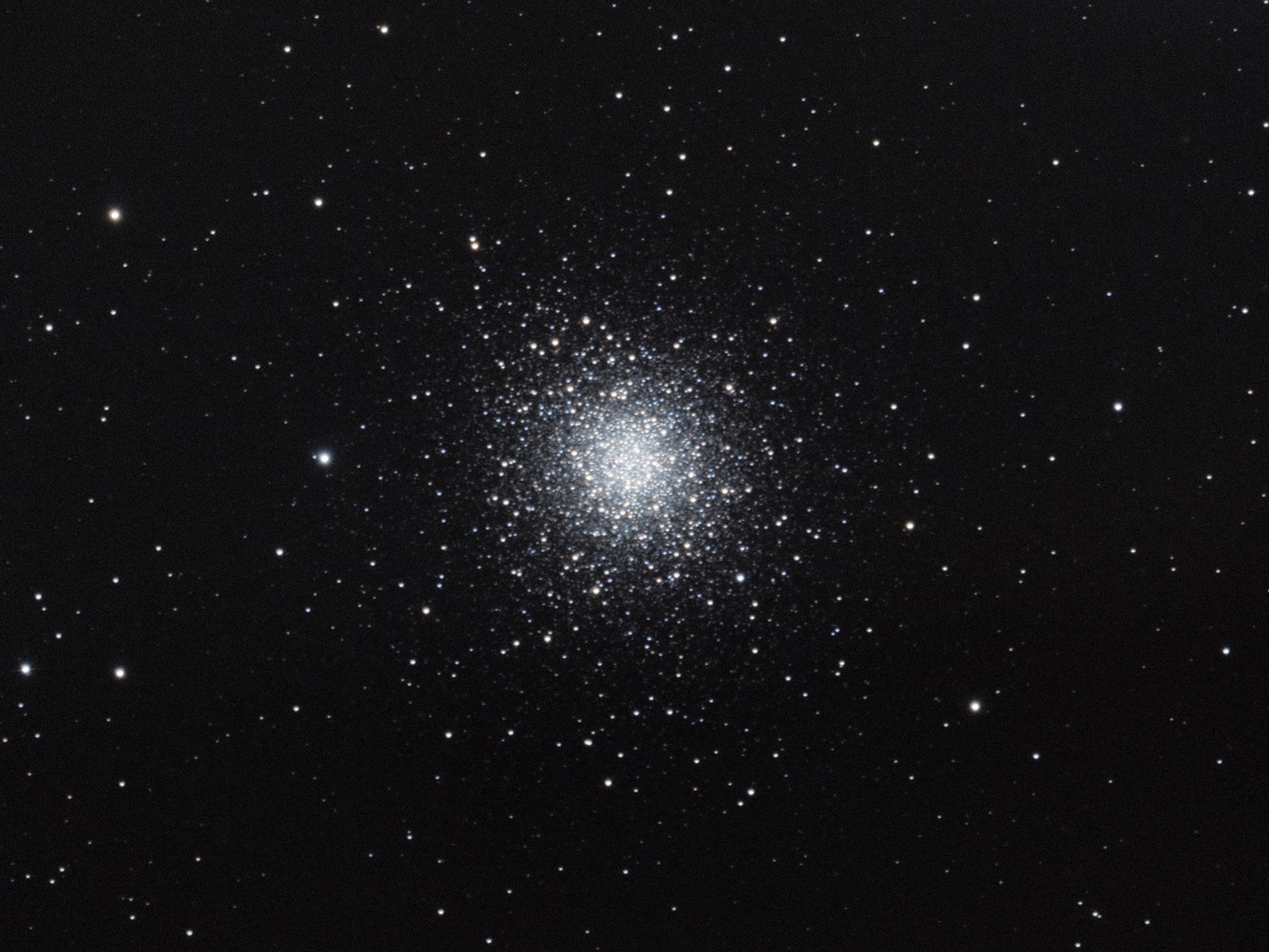 It's a while since we featured a globular cluster as Picture of the Week, but this one of M92 by Dean Ashton is very nice.  M92 is actually an intrinsically brighter cluster than M13 but because of its greater distance from us, 26 light years, it appears smaller.  M92 is also remarkable for being the oldest globular cluster in our Milky Way, at 14.2 billion years, roughly the age of the universe.  M92 is around 110 light years across.

Jeremy Shears,  Robert James Stuart
Copyright of all images and other observations submitted to the BAA remains with the owner of the work. Reproduction of work by third parties is expressly forbidden without the consent of the copyright holder. By submitting images to this online gallery, you grant the BAA permission to reproduce them in any of our publications.