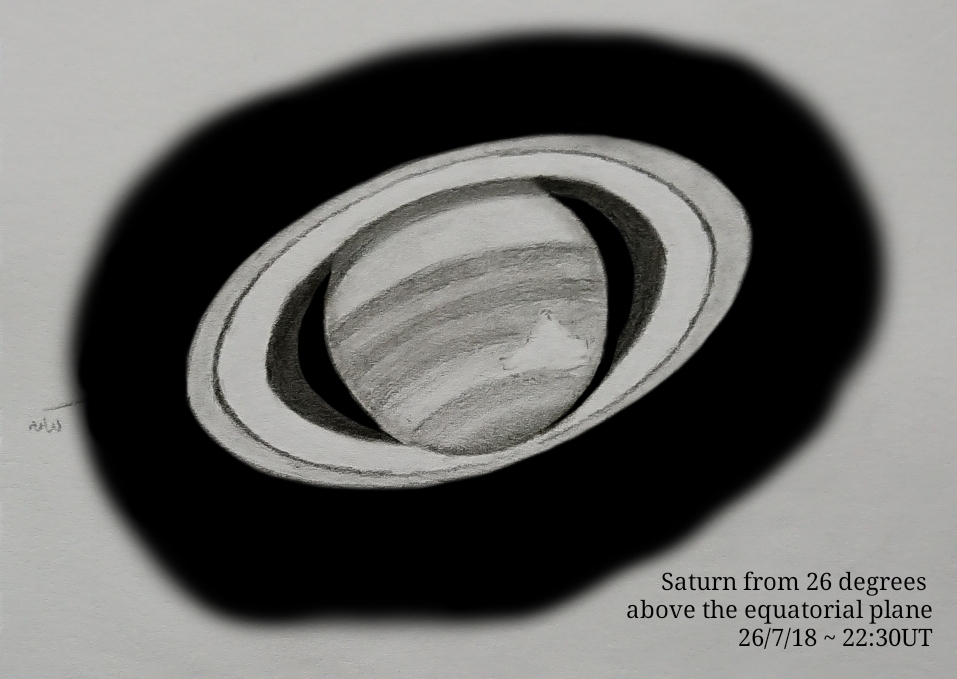 Seeing as I've lost Jupiter behind a cherry tree and Mars is a matter of either staying up too late or getting up too early I turned my attention to Saturn. I think I would sketch the planet more often if I could see changes taking place in the cloud systems but that's always been a big ask for me for Saturn.

Tonight I thought I would be a little more liberal with sketching what I thought I might be able to see, which in particular includes a large brighter patch at Northern temperate latitude to the east. I found discerning the belts  difficult though I was confident of a dark NEBs, and of the brightest zone north of the EZ. The Northern limb always looks very darkened to me. The planet looked to have a touch of green colouring. Seeing was not great (III at best).

This is a pencil sketch made at the telescope, touched up afterwards and then augmented in an image editor.

Jeremy Shears,  Andy Wilson
Copyright of all images and other observations submitted to the BAA remains with the owner of the work. Reproduction of work by third parties is expressly forbidden without the consent of the copyright holder. By submitting images to this online gallery, you grant the BAA permission to reproduce them in any of our publications.