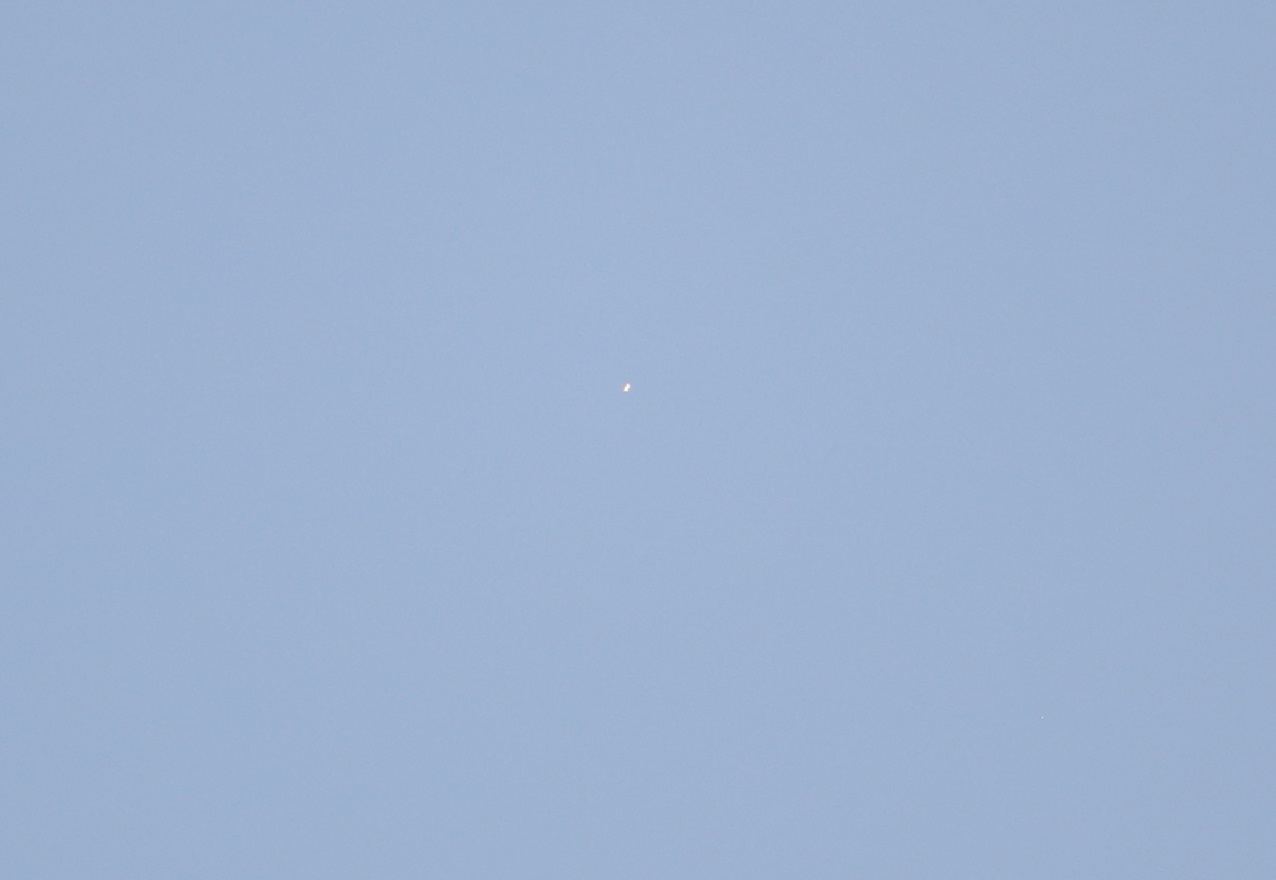 This object was first spotted with the naked eye as I was imaging the Moon and Jupiter together in daylight. It appeared stellar, and moved in a west to east direction away from the Moon. It appeared stellar to the naked eye but when I grabbed my binoculars, it seemed to have some structure. It was not a high flying aeroplane, nor did it appear to have the motion of a balloon. After a couple of minutes I lost track of it. I checked the predictions for the I.S.S. on www.heavens-above.com, but and there was a pass of the I.S.S. predicted, but not at the time of this observation. It could have been some unreported bright satellite. On inspecting the image, the object seemed to be binary, with some suggestion of the object(s) rotating. There definitely appeared to be some space between the objects on some of the images. I remain perplexed.

David Swan,  Peter Carson
Copyright of all images and other observations submitted to the BAA remains with the owner of the work. Reproduction of work by third parties is expressly forbidden without the consent of the copyright holder. By submitting images to this online gallery, you grant the BAA permission to reproduce them in any of our publications.