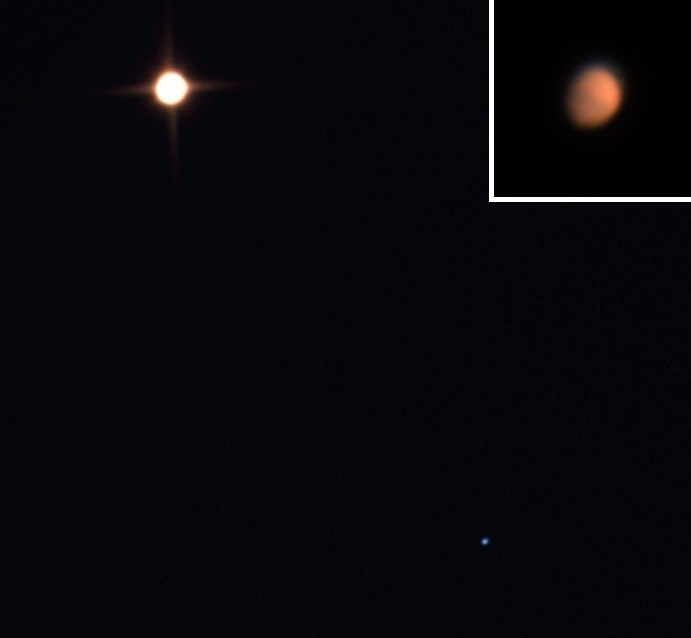 It was in reality far too windy (with poor seeing even when the gusts weren't rattling the telescope) to attempt to image Mars, so the inset top right is a poor image of Mars at 2.7 times the original magnification - and then with the image size doubled. Both images produced from video by Registax 6 (Mars just 70 frames out of 1600), with the main image processed in Astro Art 6 with just histogram changes to brighten Neptune up a bit.

Later, after about 15 minutes standing outside with shaking arms and three pairs of binoculars, I decided it was far too windy to be looking for Comet 46P/Wirtanen,

This is very nice, Mike. You captured the colour and brightness contrasts well.