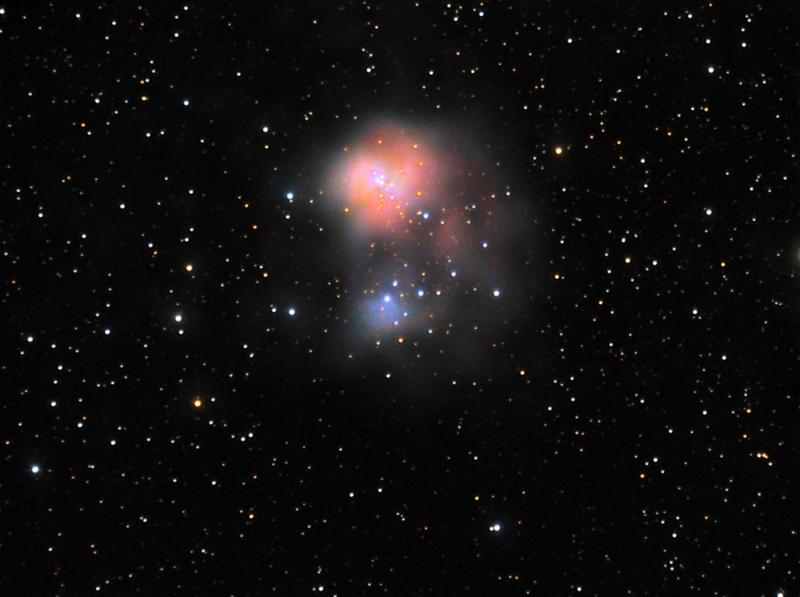 NGC 1931, is an emission and reflection nebula in the constellation of Auriga and has been referred to as a "miniature version of the Orion Nebula", as it shares some of the same characteristics. There is a smaller version of M42's "Trapezium" in the hot, young star cluster in the centre of the emission nebula. It is about 3 arcmins in size and is estimated to be about 7,000 light years from Earth.

Jeremy Shears,  Graham Winstanley,  Peter Carson,  Andy Wilson,  Geof Lewis
Copyright of all images and other observations submitted to the BAA remains with the owner of the work. Reproduction of work by third parties is expressly forbidden without the consent of the copyright holder. By submitting images to this online gallery, you grant the BAA permission to reproduce them in any of our publications.