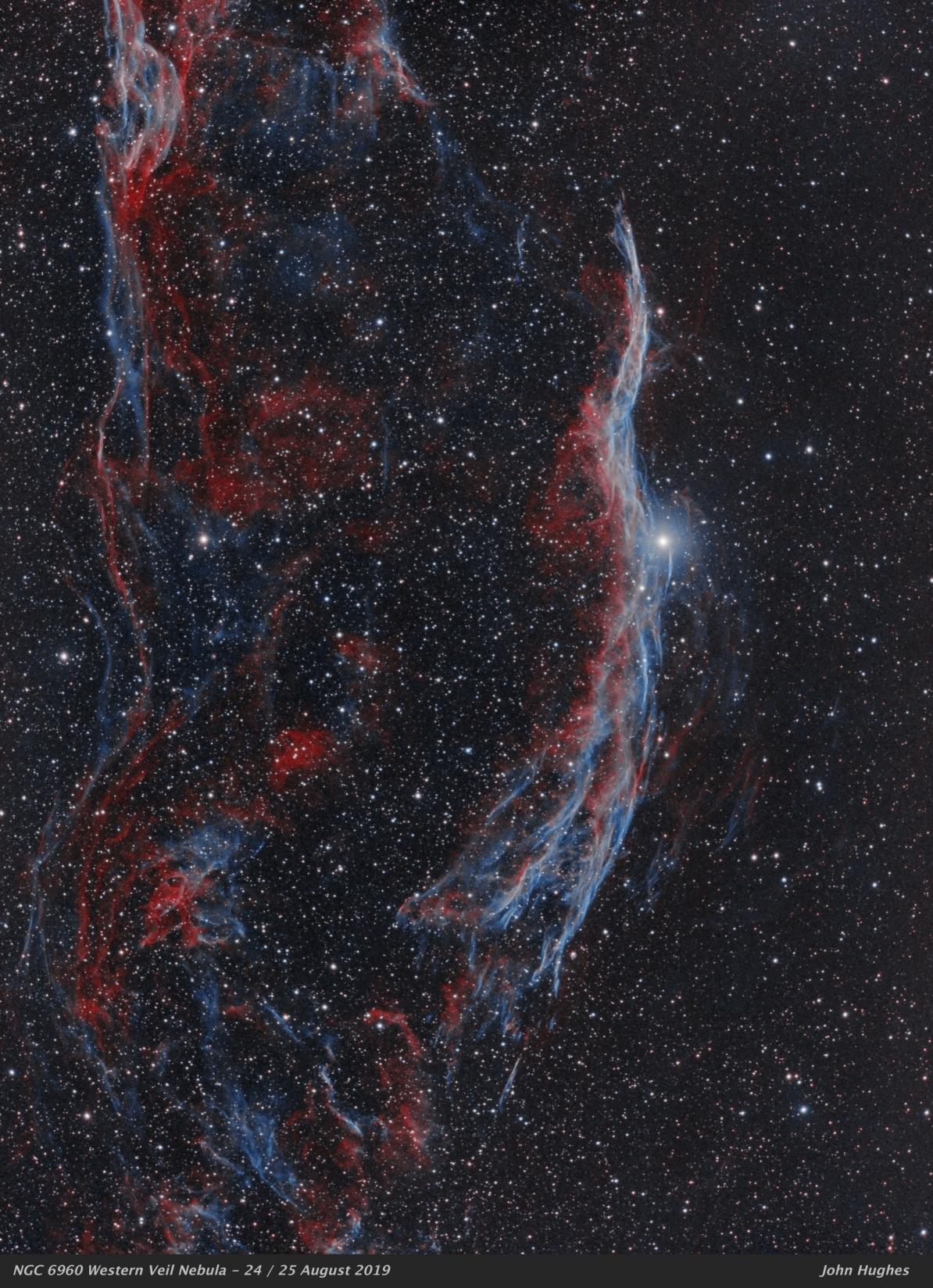 Went a bit mad over the Bank Holiday Weekend imaging this target. Spent three nights overall on it. I have posted the first nights work already but was not happy with the framing as I knew there was more to see below the broomstick.

The second night, 24 and 25 August, I felt was better framed. However, I went a bit mad as this was only my second narrow band session and was I playing with the filter wheel like a loon! I was trying them all Ha, Oiii and Sii, I even popped a few IR/UV subs in for good measure. You know if I could have wrapped cling film around it I would have shot that too....and probably got a better image.

Anyway, with complete disregard as to what the target needed to best show it I realised later (not even on the third night when I was trying sandpaper and cardboard in the filter wheel), that NGC 6960 looks great as an HOO image. Fortunately I had some subs;

Both captured with the ZWO ASI1600mm Pro Cooled at -15c and a William Optics Z103 mounted on a HEQ6R Pro.

Apologies for the Harry Potter tag, its just when I look at this image I get the impression the witches broom has shot across the bottom from left to right then done a 180 and is heading back in the opposite direction. Not exactly a Nimbus 2000, its a bit more like Triggers!

Enjoy and any feedback welcome.

Gary Poyner,  Ray Emery,  Neil Morrison,  Jeremy Shears,  Andy Wilson,  Graham Winstanley,  Peter Mulligan,  Andrew Paterson,  James Dawson,  Andrew Dumbleton
Copyright of all images and other observations submitted to the BAA remains with the owner of the work. Reproduction of work by third parties is expressly forbidden without the consent of the copyright holder. By submitting images to this online gallery, you grant the BAA permission to reproduce them in any of our publications.