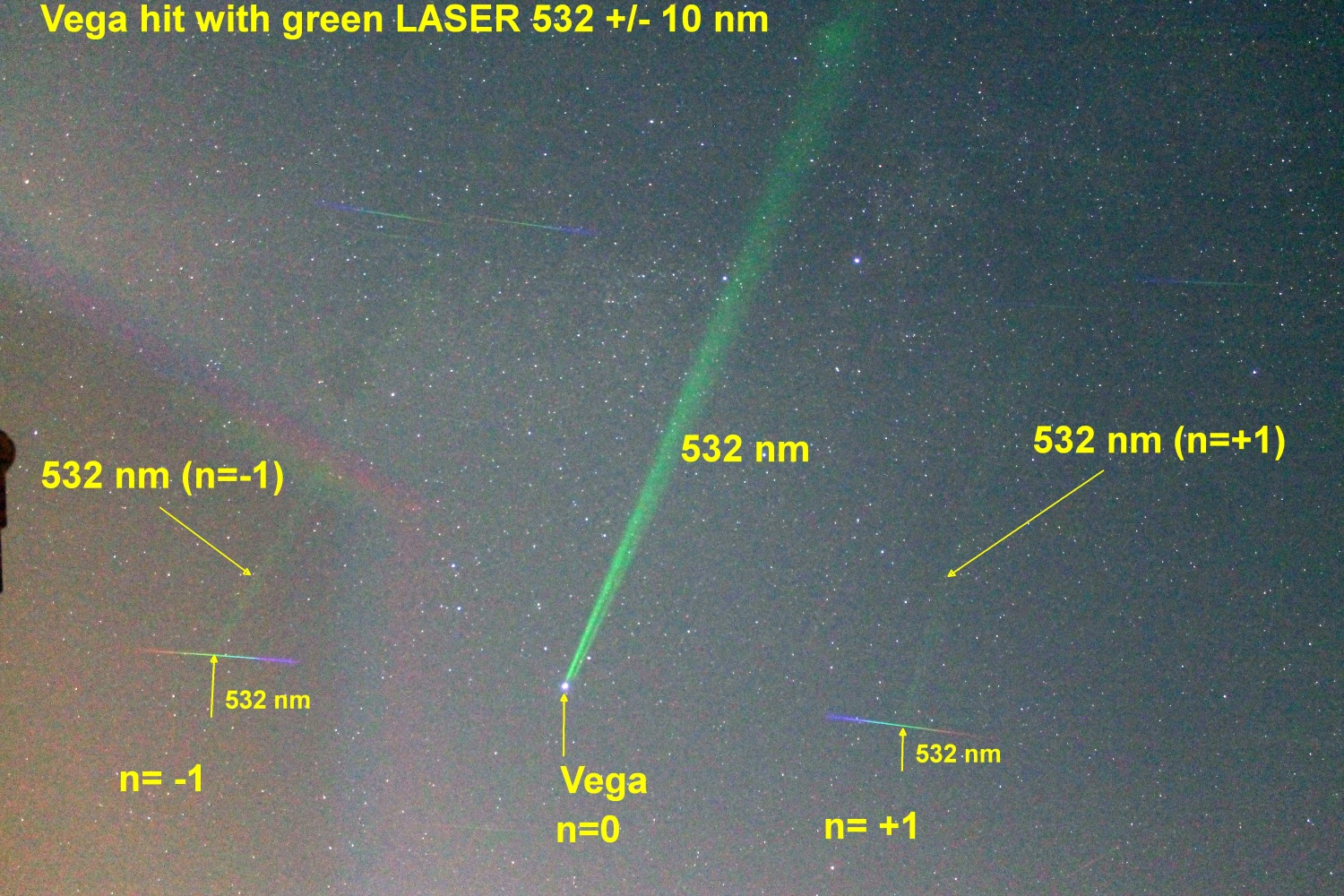 I'm carrying out some experiments with coloured LASERs to look at how close they can be used to calibrate the wavelengths of light in the spectra of astronomical objects such as stars, meteors.  There are two series of experiments going. I. With a Watec 902 H2S camera mounted outside, with a diffraction grating of 500 lines/mm. 2. With a Canon DSLR 1100D and standard lens 18-55 mm set at 18 mm, with the same grating material.

During taking images of Vega spectra, I also pointed the LASER at Vega and energised it momentarily. On the direct hits, the images show the first order diffraction spectrum (n = -1 and +1) of the LASER (of known wavelength, e.g. green 532 +/- 10 nm) was diffracted and landed at the right place on the spectrum of Vega - I was "in the green". So it showed the experiment worked and I thought it demonstrated the physics of diffraction in a colourful way.  Vega itself is used as a spectral calibration star.  I have also done this with Sirius, as shown.  The LASERs on the black and white images are being used to calibrate the spectra of meteors for that camera. I have uploaded an image of a bright meteor, with its spectrum shown as white lines on the right side.  The black and white images on the rooftop showing small white dots are the zero and first/second order spectra of the LASERs used as calibrations.  Quite a nice science project.

Andy Wilson,  Andrew Dumbleton,  Jeremy Shears,  Peter Carson
Copyright of all images and other observations submitted to the BAA remains with the owner of the work. Reproduction of work by third parties is expressly forbidden without the consent of the copyright holder. By submitting images to this online gallery, you grant the BAA permission to reproduce them in any of our publications.