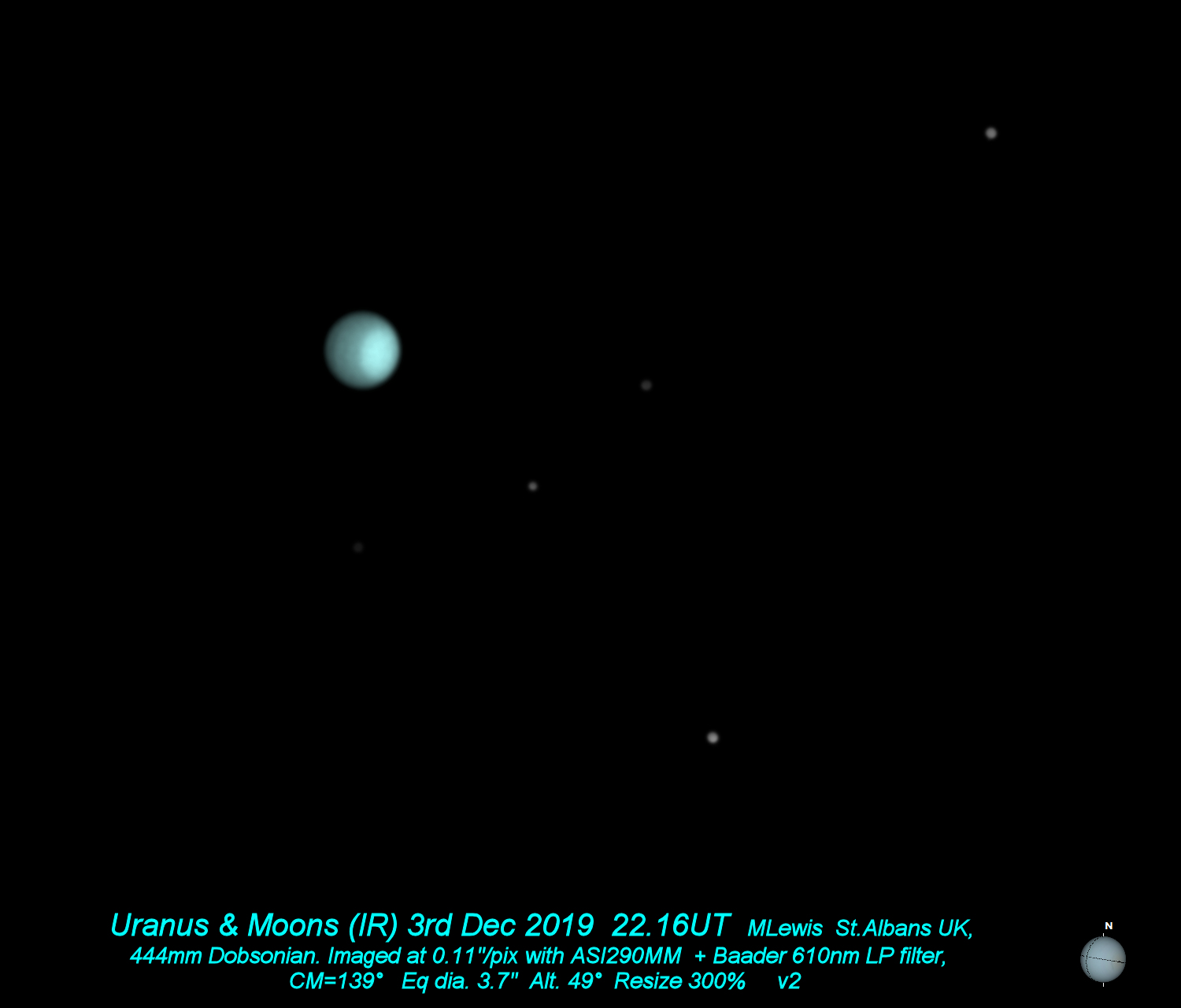 It's been a while since we featured Uranus.  Martin reports that on 3rd Dec 2019 he had some great seeing after cloud finally cleared, and this was the best seeing he had experienced for imaging Uranus since 2015, with skies being both steady and transparent. The moons were imaged separately at 100msec exposures with the planet at 500x gain and 8.5msec exposure.

In this great seeing two possible spots were detected at the border of the polar region. As Martin imaged over a 2.5hr period he was able to track this longitude over an extended period. The spots were at the threshold of detection.