Observation by Alan Thomas: Conjunction of Venus and Mercury

Conjunction of Venus and Mercury 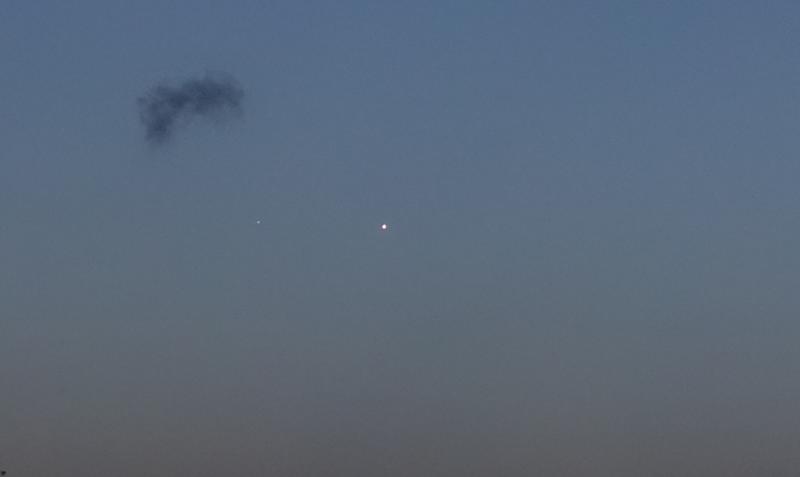 It was important to choose an image of this much anticipated event, and there were a lot from which to choose.  I went with this one from Alan who said that high winds made it difficult to obtain a steady shot but this was the best of the bunch. A monopod helped. Mercury was about 3.5 degrees west of Venus, and surprisingly bright (he has never managed to see Mercury before) and the distance between the planets was greater than he had visualised. Alan had to hike up the road to a nearby sports-field to get a clear horizon, so no telescopic shots.  Nice one though.