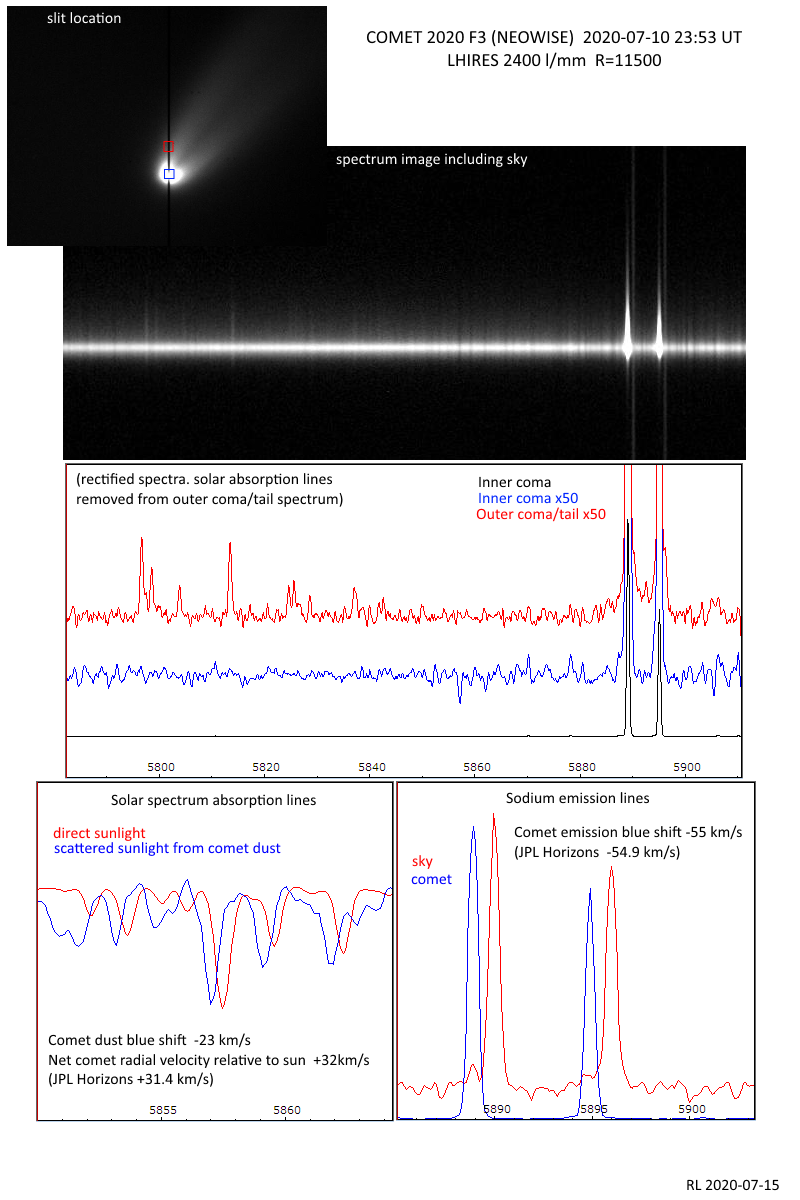 A high resolution (~0.5A) spectrum covering the yellow part of the spectrum including the sodium D doublet wavelengths.

The Sodium emission dominates the spectrum. (There is as much light from the two narrow sodium lines as in the rest of the light in this spectrum combined.) There are no other strong emission lines in this yellow part of the spectrum (the Swan bands are further to the blue-green) but there are some other faint emission lines though which I have not yet been able to identify.

The motion of the comet relative to the Sun is therefore -23 +55 = +32 km/s (ie the comet is moving away from the Sun) These are in good agreement with the values given on the  JPL Horizons website ( -54.9km/s and +31.4 km/s for the time of the observation)

Robin, I really like this observation and analysis, in particular the velocity relative to the Sun. In my professional life I design equipment that measures the Doppler shift of deep-space spacecraft using coherent RF techniques. This is a bit like your Sun measurement except that the radio signal gets transmitted from the earth, reflected by the spacecraft and then comes back to the earth. We can actually measure the carrier phase to small fractions of a wavelength so the RMS velocity errors are a few tens of microns/s but the principle is the same. Great to see the quality of spectra that very experienced amateurs can produce.