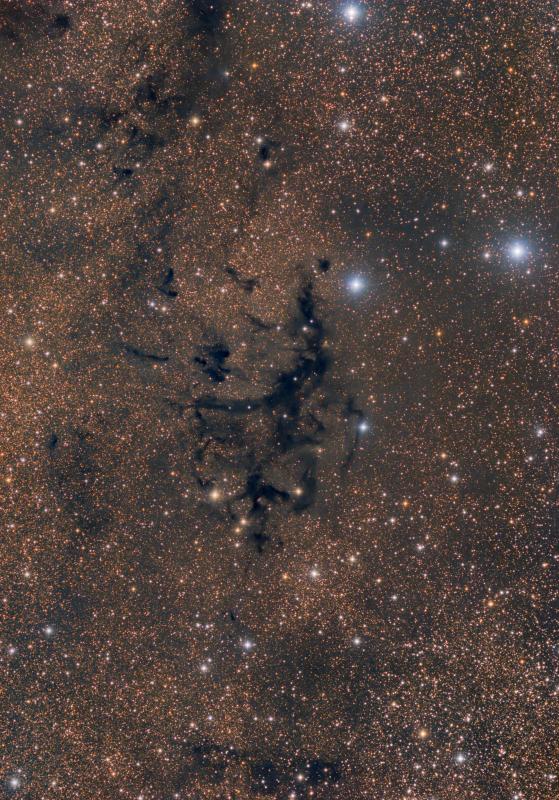 LDN 673 is a very dense and highly fractured dark cloud complex in the Aquila Rift (near to its center). It is located some 400 – 500 light-years from Earth.  Graeme comments that in many ways it looks like ancient hieroglyphs scrawled over the night sky.  The Aquila Rift forms a huge mass of dark molecular clouds and consists of numerous small and large nebulae, including a small, yellowish nebula in the western (right) boundary of the upper portion of the main dark lane, which seems to be catalogued as GN 19.18.0 and Bernes 16.  Many of the nebulae have been identified and were catalogued in 1962 by B.T. Lynds in his "Catalogue of dark nebulae".

There are also lots of other interesting, smaller nebulae in and around the region, especially around the T Tauri multiple star system AS 353, where multiple Herbig-Haro objects have been discovered.  Graeme notes that the area would make a very interesting field for close up study.