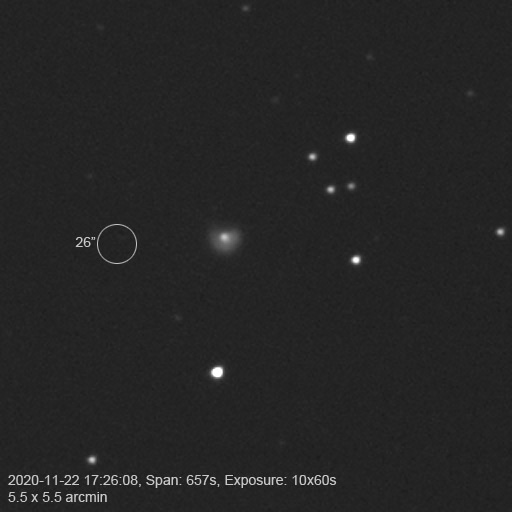 Here is an image of 29P almost exactly 3 days after its big outburst. The expanding coma has reached a diameter of around 24 arcsec. The comet is currently 4.90 au away so 1 arcsec is around 3,500km at the comet. This implies an expansion velocity of 160 m/s which seems rather a lot.

A deeper image taken a little later shows more coma so the expansion velocity now looks to be more like 210 m/s.