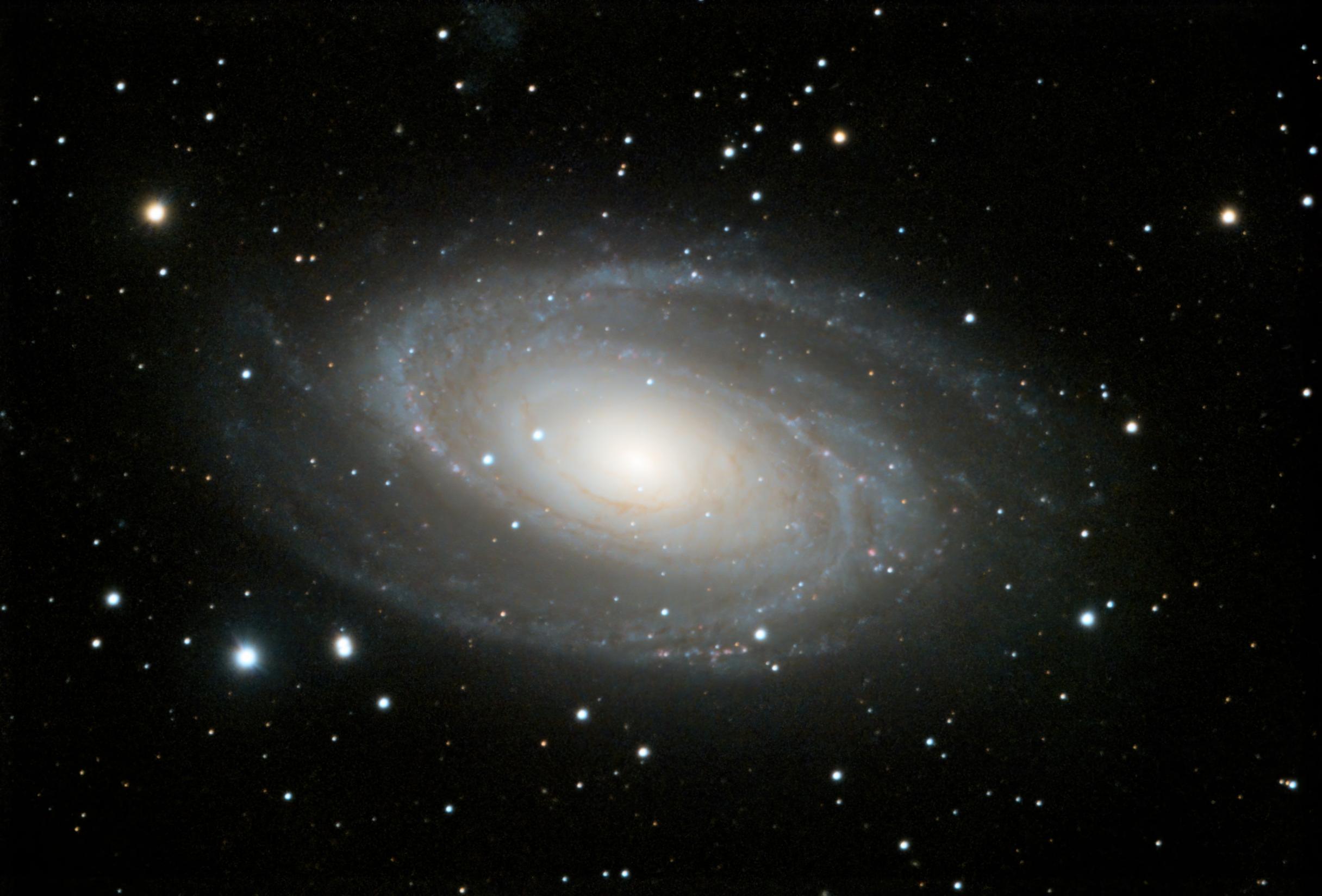 Martina comments that "I haven’t had a clear night in so so long – until last Sunday - So, I stayed up right through until 6am the next day!!! I have been wanting to try to capture this one for a while now."

M81 (Bodes Galaxy) is a grand design spiral galaxy about 12 Million light years away, with a diameter of 90,000 light years, in the constellation of Ursa Major. Due to its proximity to Earth, large size, and active Galactic nucleus (which harbours a supermassive black hole), Messier 81 has been studied extensively by professional astronomers. Extract from Wikipedia.

Trying to recreate it.  Something along the lines of a good number of the globular clusters appear in your image. They are some of the faint orangish "stars" around the galaxy, though some will be red dwarfs in our galaxy. The only way to be sure is to dig up a catalogue.

Martina McGovern
Copyright of all images and other observations submitted to the BAA remains with the owner of the work. Reproduction of work by third parties is expressly forbidden without the consent of the copyright holder. By submitting images to this online gallery, you grant the BAA permission to reproduce them in any of our publications.