Observation by Alan Thomas: Mars with a mobile phone

Mars with a mobile phone 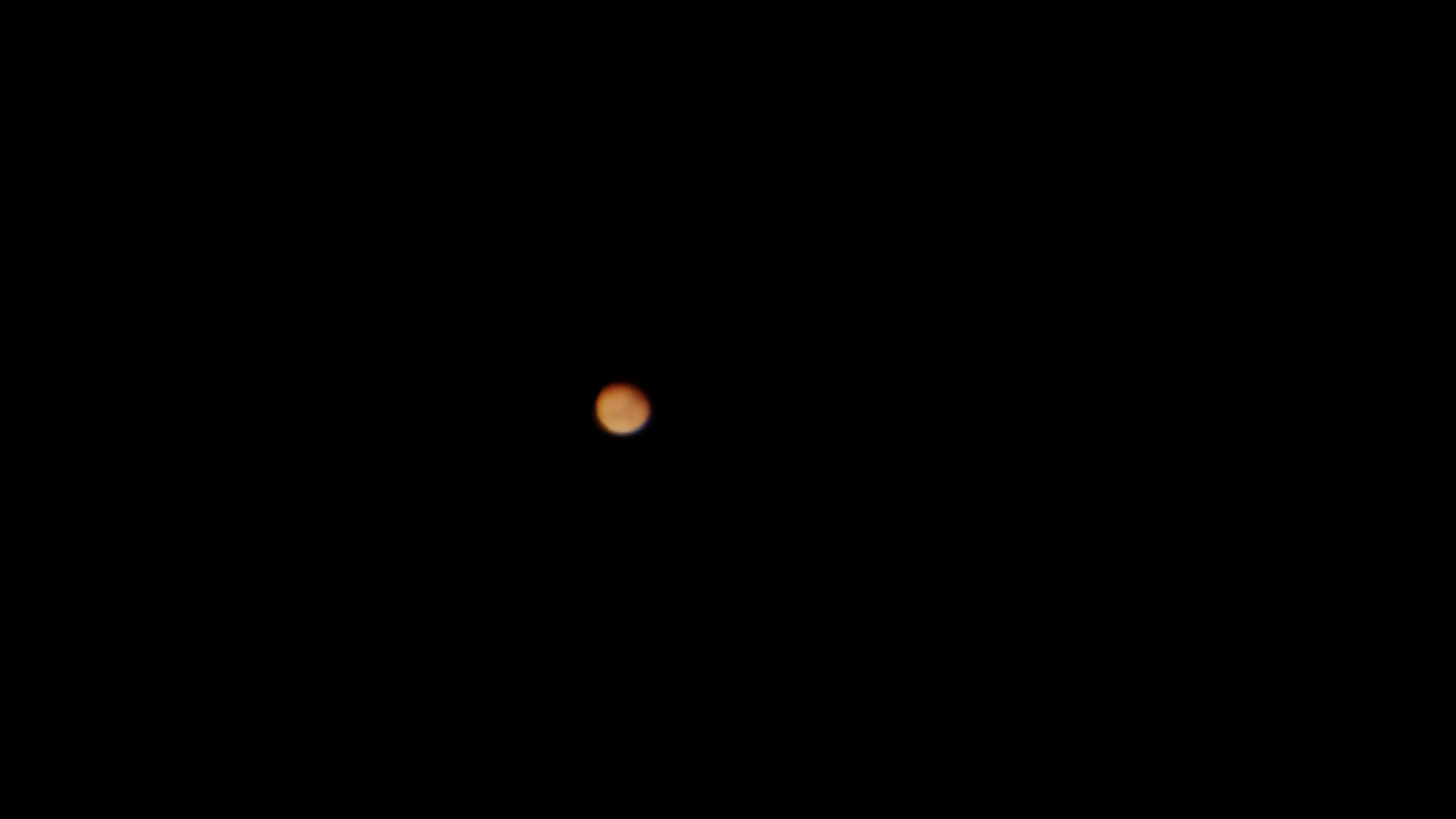 Faint signs of detail despite some murk in the air and a location immediately above my neighbour's roof.

When you zoom in on the image you can make out Syrtis major on the Martian meridian not bad for a mobile phone!

Yes I'd like to think so. Nice to get independent verification. I think I may be getting near the limits now - with an undriven Dob, when I put a delay on the camera to allow shake to settle, the image is moving so fast at this magnification (c.x260) that it often disappears from the field before the shot is taken! It's a bit like trying to swat a fly. May try with my little Mak-Cas next time. Still, it all keeps me out of mischief.