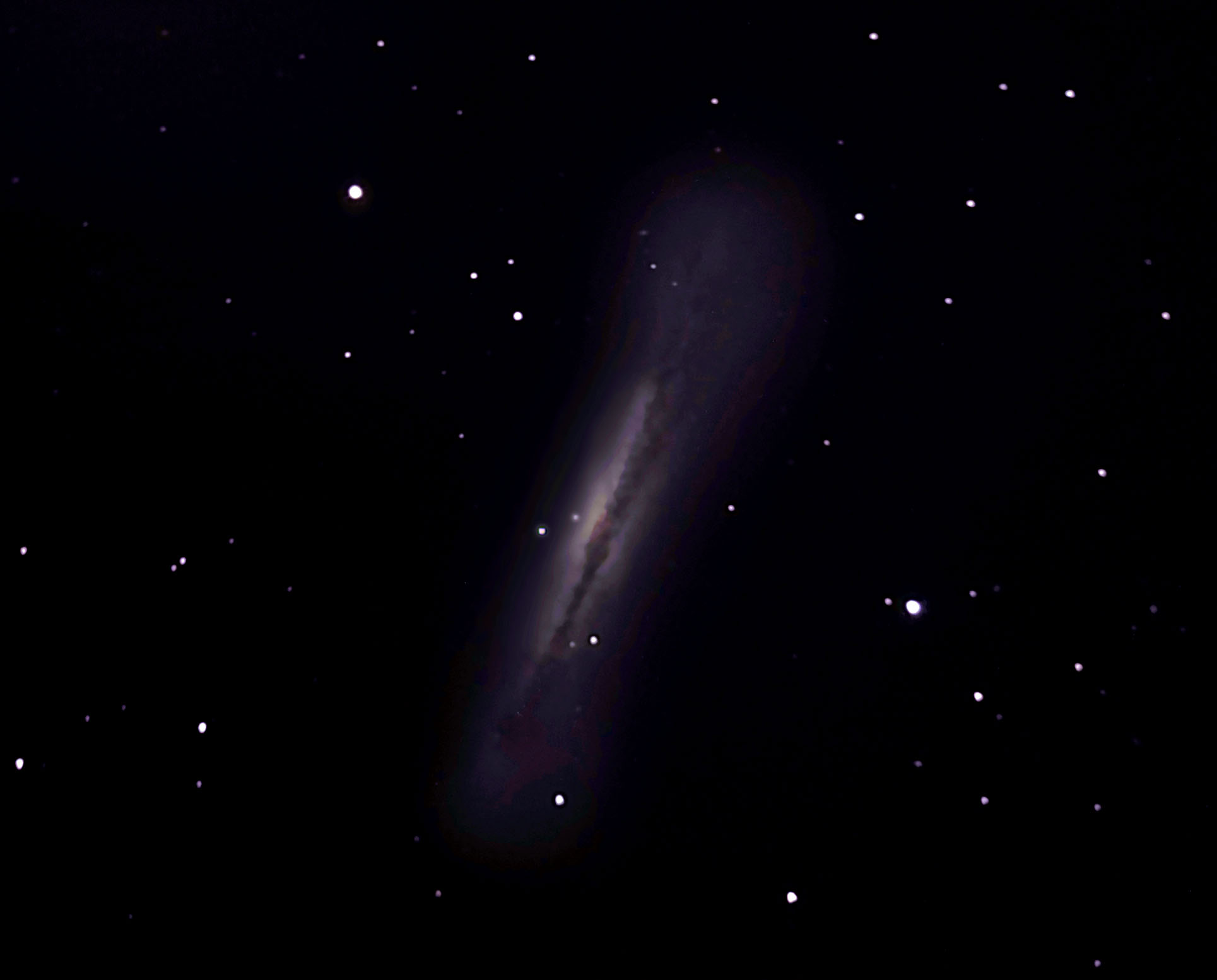 Despite using darks and bias-subtracted flats, some light leakage occurred in the processed image.  In adjusting levels to compensate some fainter stars disappeared. PHD2 guiding was a little too aggressive.

Nice image Mike - picked up the outer halo to the west of the galaxy well.