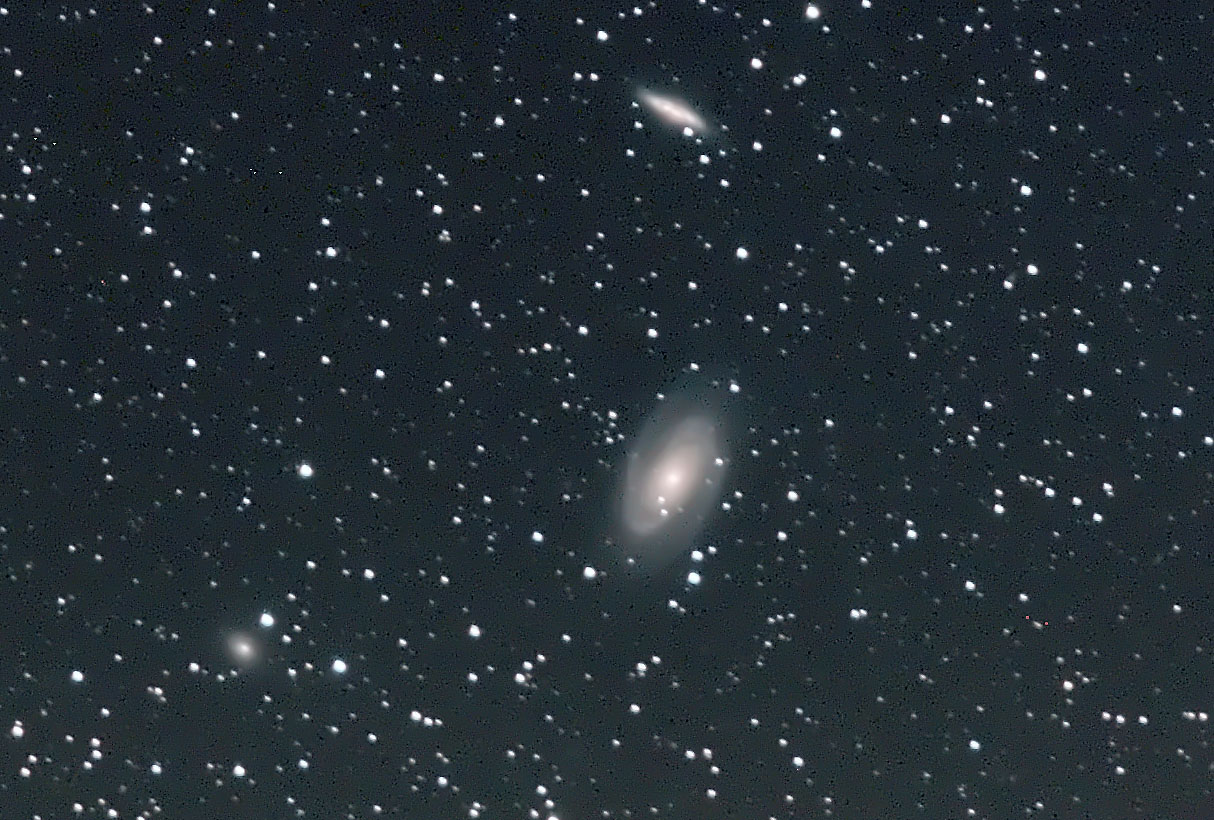 M81 - The Bode's Galaxy is a spiral galaxy that lies in the constellation of Ursa Major.

M82 - The Cigar Galaxy experiences gravitational interactions with its galactic neighbour, M81, which is affected the shape and composition of one another.

Equipment used:- Stock Canon 40D with 200mm f/2.8 lens mounted piggy-back on Meade LX-90 8" telescope fitted to its field tripod by an equatorial wedge. Telescope polar aligned. LX-90 Periodic Error Correction enabled. Dew Removal straps fitted to telescope and camera lens and operating. Telescope driven and manually guided. Telescope and camera powered by Mains Power.
Exposure details:- Twelve sub-exposures each 5 minutes long taken at ISO400. Ambient temperature minus one degree Celsius at beginning, reducing to minus 2 degrees Celsius at end.
Processing details:- After quality control 5 sub-exposures calibrated with Dark, Flat-field and Bias master frames before being combined in Images Plus. Noise reduction conducted in Noise Ninja. North is at the top.
Narrative description:- Twenty four days after New Moon, the Moon was below the horizon throughout the time the images were taken. The weather was cold, calm and clear with heavy dew; however, for 20 minutes the sequence of images had to be suspended due to cloud covering the objects. Towards the end of the sequence the camera and lens started to rotate on the mount causing the last few images to be subsequently discarded. From this experience I learnt that when using the camera with the long and heavy 200mm lens the object must be North, South or in the Zenith to avoid the Turning Moment acting on the camera which is only attached to the piggy-back mount by a screw thread.