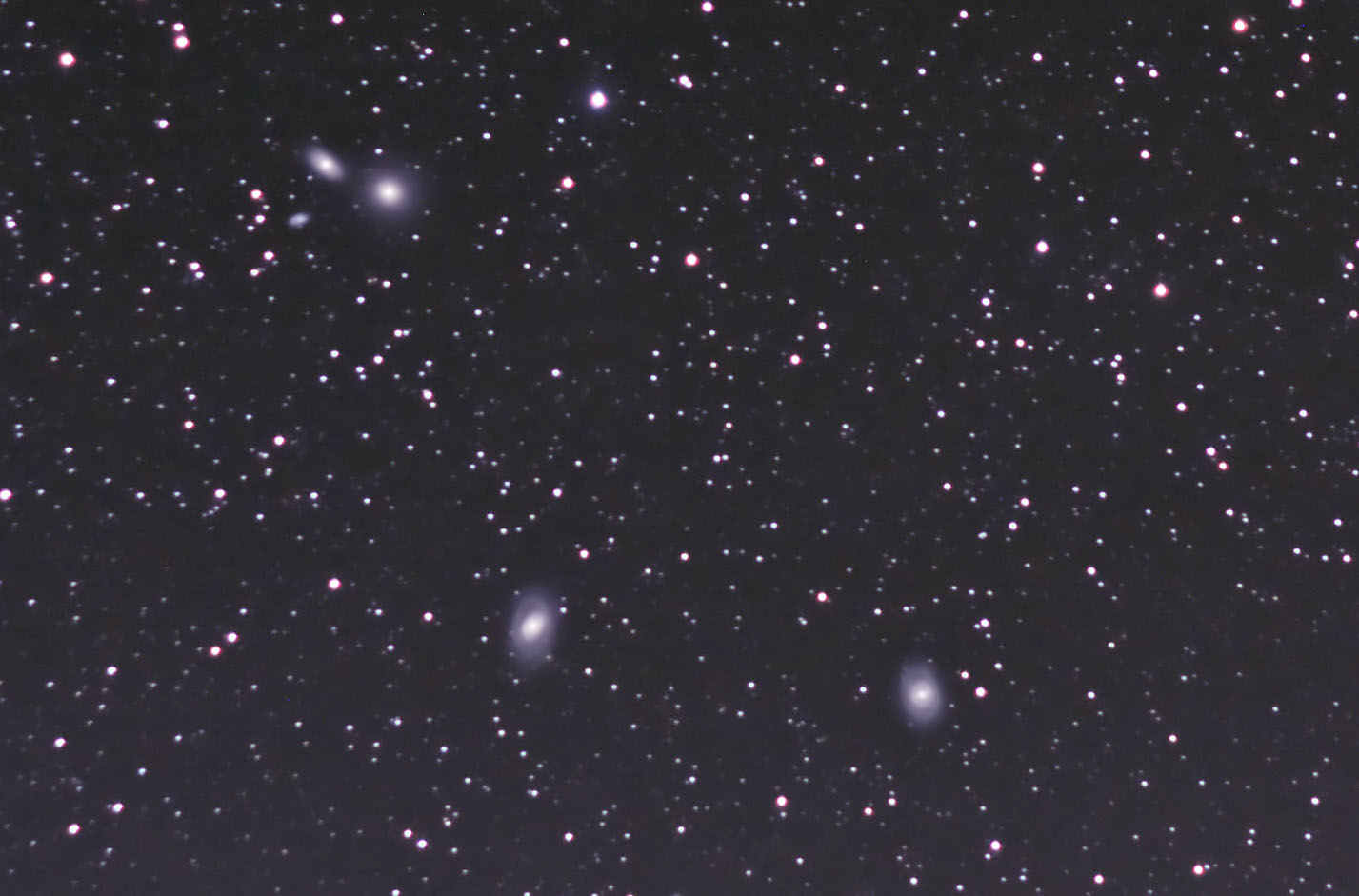 Leo I Group of galaxies.

M95 (NGC 3351) is a barred spiral galaxy located in the constellation Leo.

M96 (NGC3368), is an intermediate spiral galaxy in the constellation Leo.

M105 (NGC 3379), is an elliptical galaxy in the equatorial constellation of Leo.

NGC3384 is an elliptical galaxy in the constellation Leo.

NGC3389 is an Spiral galaxy in the constellation Leo.

Equipment used:- Stock Canon 40D with 200mm f/2.8 lens mounted piggy-back on Meade LX-90 8" telescope fitted to its field tripod by an equatorial wedge. Telescope polar aligned. LX-90 Periodic Error Correction enabled. Dew Removal straps fitted to telescope and camera lens and operating. Telescope driven and manually guided. Telescope and camera powered by Mains Power.
Exposure details:- Total of 14 sub-exposures each 5 minutes long taken at ISO800 (7 in each session). Ambient temperature minus 4 degrees Celsius in first session and minus one degree Celsius in second session.
Processing details:- After quality control 12 sub-exposures calibrated with Dark, Flat-field and Bias master frames before being combined in Images Plus. Image then further processed in Photoshop CS3 and Noise Ninja. North is at the top.
Narrative description:-
2010 March 7/0028-0100 UT. Twenty one days after New Moon, but Moon did not rise until after the session had come to a close. The weather was cold, clear and calm with heavy dew. The session was brought to a premature end by a cloud sheet that rolled over.
2010 March 7-8/2333-0006 UT. Twenty two days after New Moon, again the Moon did not rise until after the sequence of images had been taken. The weather was cold and clear; however, on this evening there were occasional breezy gusts from the south south west (the telescope was set up to the east of my house) and consequently there was no dew.