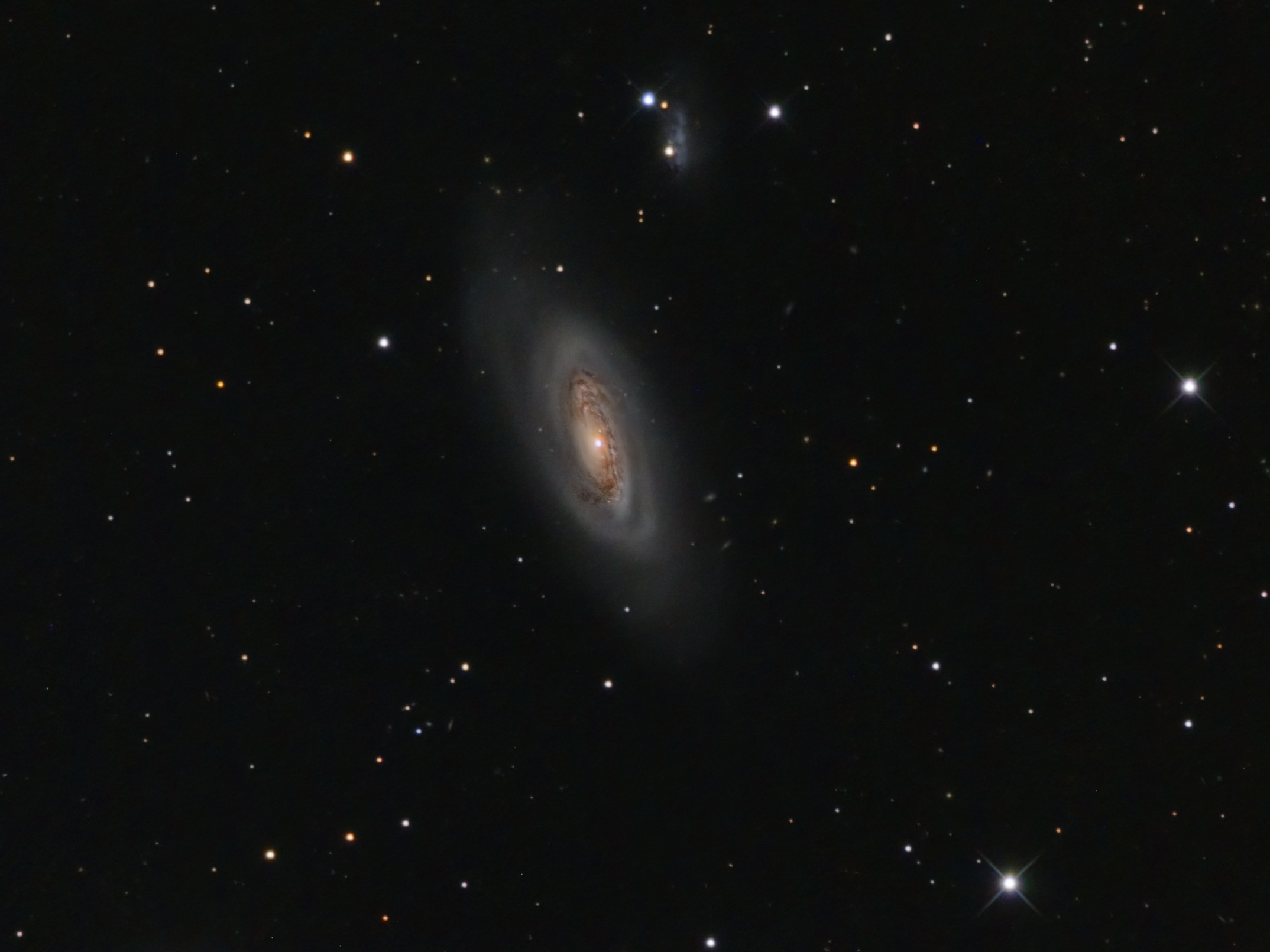 There are some six Messier objects within my reach from my back garden that I have not yet observed, and one of them is M90 in Virgo. I have been capturing data on M90 these past two or three weeks but have been beset by technical issues, hazy skies and satellite trails. Finally, I have sufficient data to produce an image but have probably thrown away as much data as I have used.
NGC 4569, M90, was discovered by Charles Messier on 18th March 1781, along with several other galaxies, as he searched for an object first discovered by Mechain that subsequently became catalogued as M85. It was also observed by John Herschel in 1830 who noted its bright nucleus.
M90 is in the direction of the Virgo cluster but is a foreground galaxy around 30 million light-years away, less than half the distance to the Virgo cluster. It has a bright core and just to the northwest of the core is a 12th Magnitude foreground star which you can see in this image. To the north of M90 you can see its companion, IC 3583, a much smaller and deformed galaxy that is interacting with M90. This interacting pair is also classified as Arp 86.

Martin Lewis,  Nik Szymanek,  Callum Potter,  Nick Hewitt,  Peter Goodhew FRAS,  John Hughes,  Callum Scott Wingrove,  Rob Januszewski,  Martina McGovern
Copyright of all images and other observations submitted to the BAA remains with the owner of the work. Reproduction of work by third parties is expressly forbidden without the consent of the copyright holder. By submitting images to this online gallery, you grant the BAA permission to reproduce them in any of our publications.