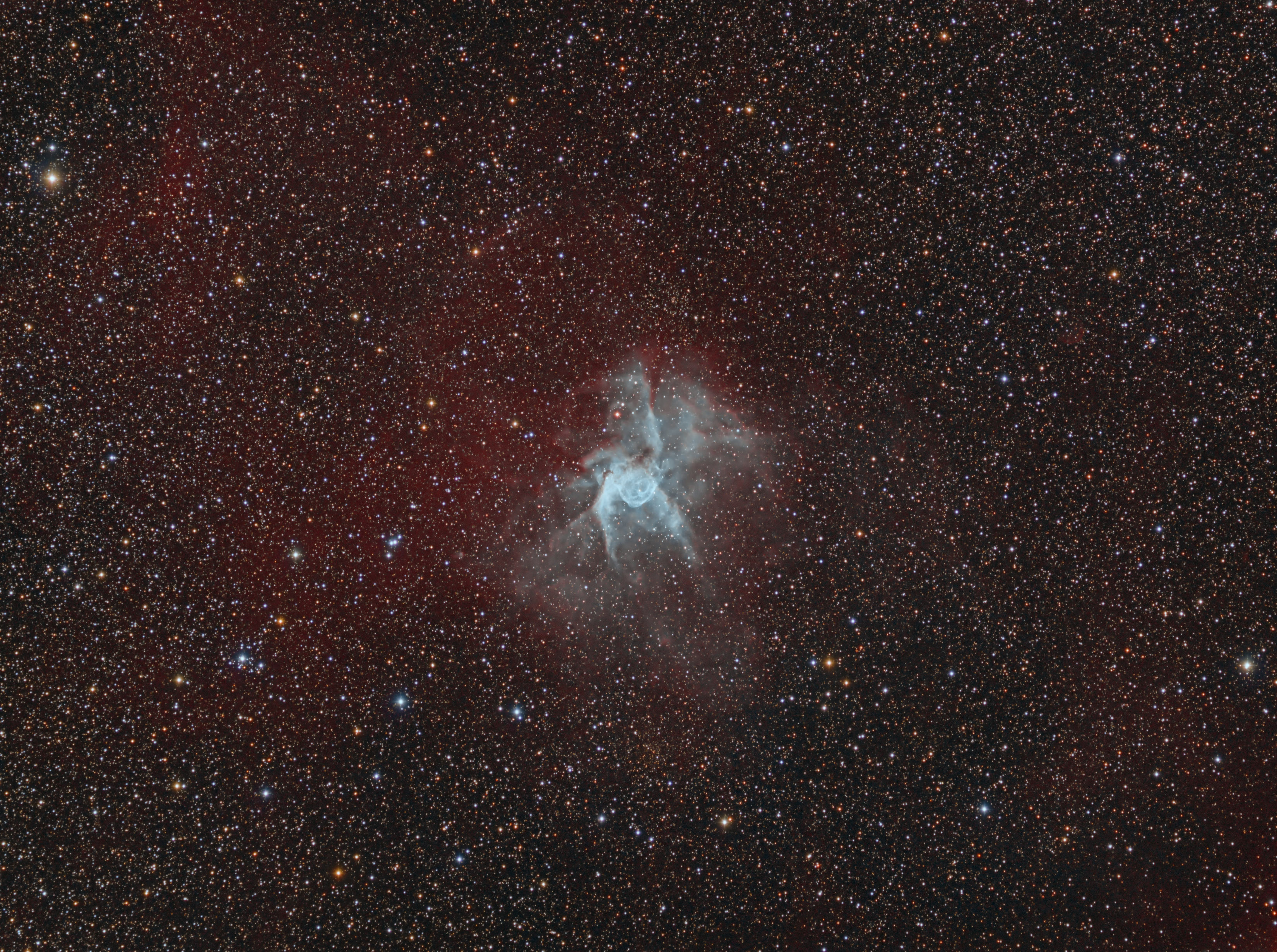 This data was taken in Feb 2020 and I've been having a go at this data for some time now, but frequently landing up going back to square one - here is an RGB+HOO rendition of a well known nebula in Canis Major - NGC2359 or Thor's Helmet.

The nebula surrounds the massive, hot star WR7 - a Wolf-Rayet star that is sweeping up the interstellar medium wth the strong stellar outflows. The nebula is very bright in the [OIII] wavelengths as well as H-Alpha. In addition, in this wide field view, extended fainter hydrogen emission is also apparent. Also, to the above-right of NGC2359 is the smaller faint planetary nebula PHR J0719-1222.

The open cluster Haffner 6 sits above (east), and Berkeley 36 is below (to the west).

Taken from EEYE - Feb 2020. This is an RGB image, with HOO data brought into the image using PI's Pixelmath. There was very little SII data - it was swamped by HA/OIII so didn't really bring anything to the image.

Manolo Rodriguez,  Mike Harlow,  Graham Winstanley,  Callum Potter,  Nik Szymanek,  John Hughes
Copyright of all images and other observations submitted to the BAA remains with the owner of the work. Reproduction of work by third parties is expressly forbidden without the consent of the copyright holder. By submitting images to this online gallery, you grant the BAA permission to reproduce them in any of our publications.