Observation by Robin Leadbeater: "Small… Far away” - A...

"Small… Far away” - An estimate of the Hubble Constant 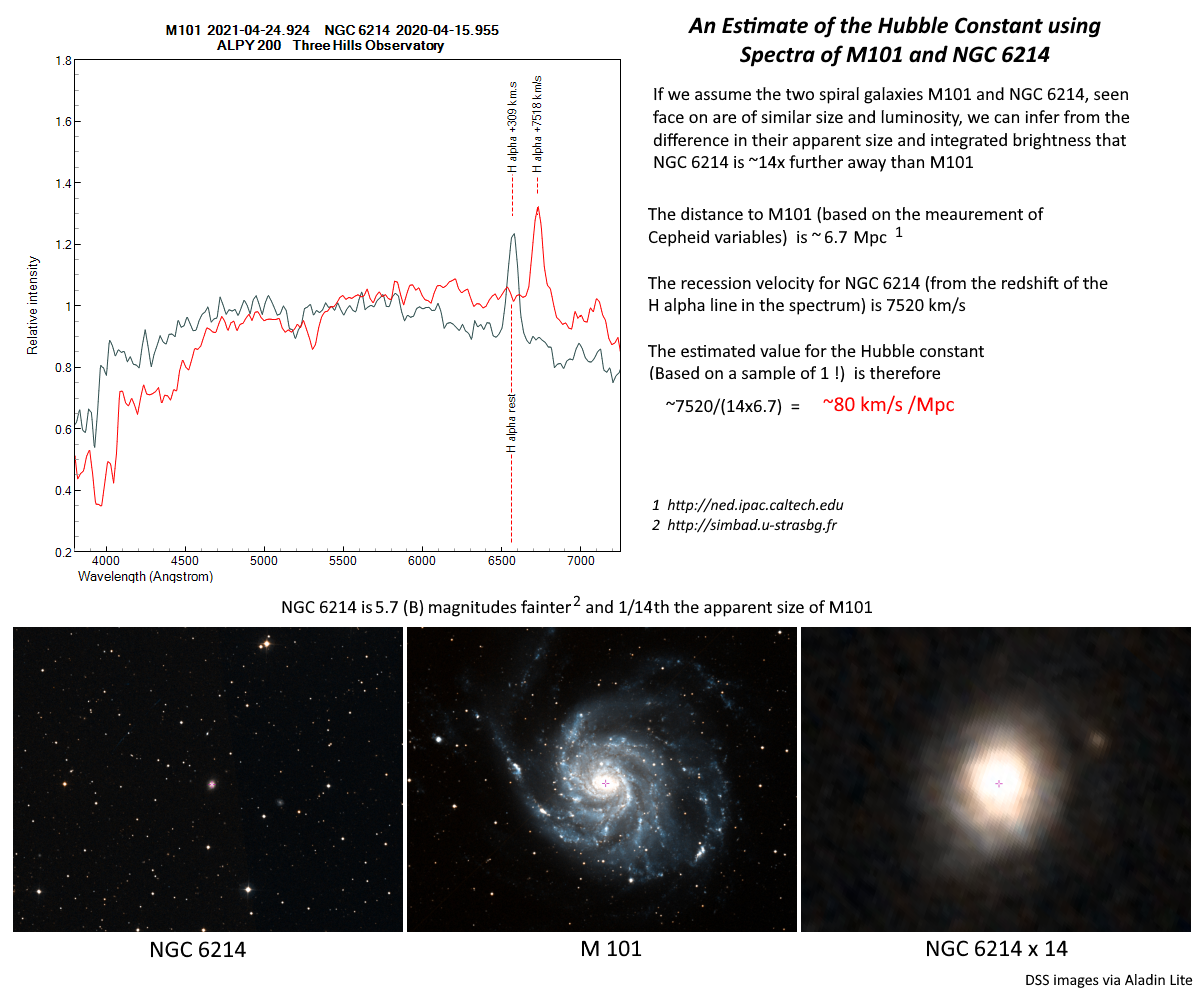 “Small… Far away” -  An estimate of the Hubble Constant

Fans of the TV programme “Father Ted” will likely be familiar with the reference to the illusion of relative size due to perspective  (external link to You Tube).  Inspired by Nick Hewitt’s webinar marking a century since the "Great Debate”  , I decided to use this, combined with spectra of a couple of galaxies with similar morphology and spectra but very different apparent sizes (M101 and NGC 6214), to make a rough “back of envelope” estimate of the constant in Hubble’s law, the rate at which distant objects are receding from each other due to cosmological expansion, depending on their distance.  Remarkably, the result was close to the currently accepted value. (Flatteringly so given the assumptions and approximations) We cannot really say much from a sample size of 1 but additional measurements of similar galaxies might  give an idea of the precision.

Jeremy Shears,  Philip Jennings,  Paul Leyland,  Mike Harlow,  Alan Thomas,  Andy Wilson,  Mark Lonsdale,  Peter Carson
Copyright of all images and other observations submitted to the BAA remains with the owner of the work. Reproduction of work by third parties is expressly forbidden without the consent of the copyright holder. By submitting images to this online gallery, you grant the BAA permission to reproduce them in any of our publications.