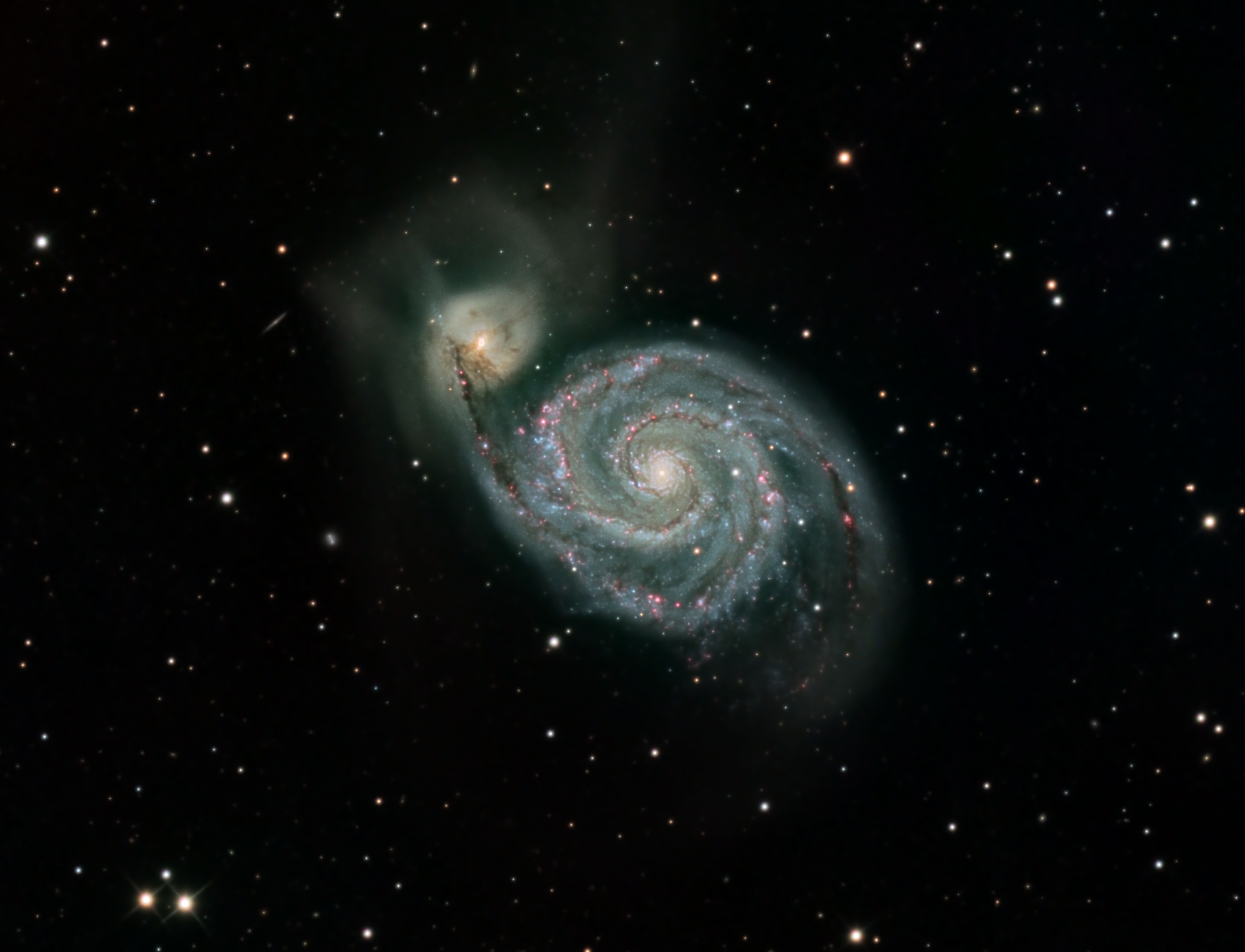 M51 is the name for the galaxy pair comprising the face-on spiral galaxy NGC5194 and its smaller companion, NGC5195, in Canes Venatici.

Although popular target for astrophotographers, the observer was aiming to capture the H-II regions in the spiral arms, and the tidal tails resulting from interactions between the two galaxies.

North is to the upper left corner of this image.

H-II regions are clouds of ionized hydrogen, their electrons having been removed by the ultra-violet radiation from hot young blue stars. The red glow results from the recapture of an electron by the hydrogen nucleus (that is, a proton), and the consequent emission of a photon. The energy of the photon corresponds to the second-innermost energy level in the atom at a wavelength of 656.3 nm – the so-called Hydrogen-alpha spectral line in the Balmer series.

Faint tidal tails can also be seen where gas and dust have been pulled from the two galaxies.

To the left of NGC5195 is a very small and faint galaxy, IC4277. Its magnitude is 15.69 and while no distance information was found in the literature, it is estimated to be around 300 million light years away.

Nik Szymanek,  Martina McGovern,  Jeremy Shears,  Simon Paul Davis,  Graham Winstanley,  Manolo_Rodriguez,  Nick Hewitt
Copyright of all images and other observations submitted to the BAA remains with the owner of the work. Reproduction of work by third parties is expressly forbidden without the consent of the copyright holder. By submitting images to this online gallery, you grant the BAA permission to reproduce them in any of our publications.