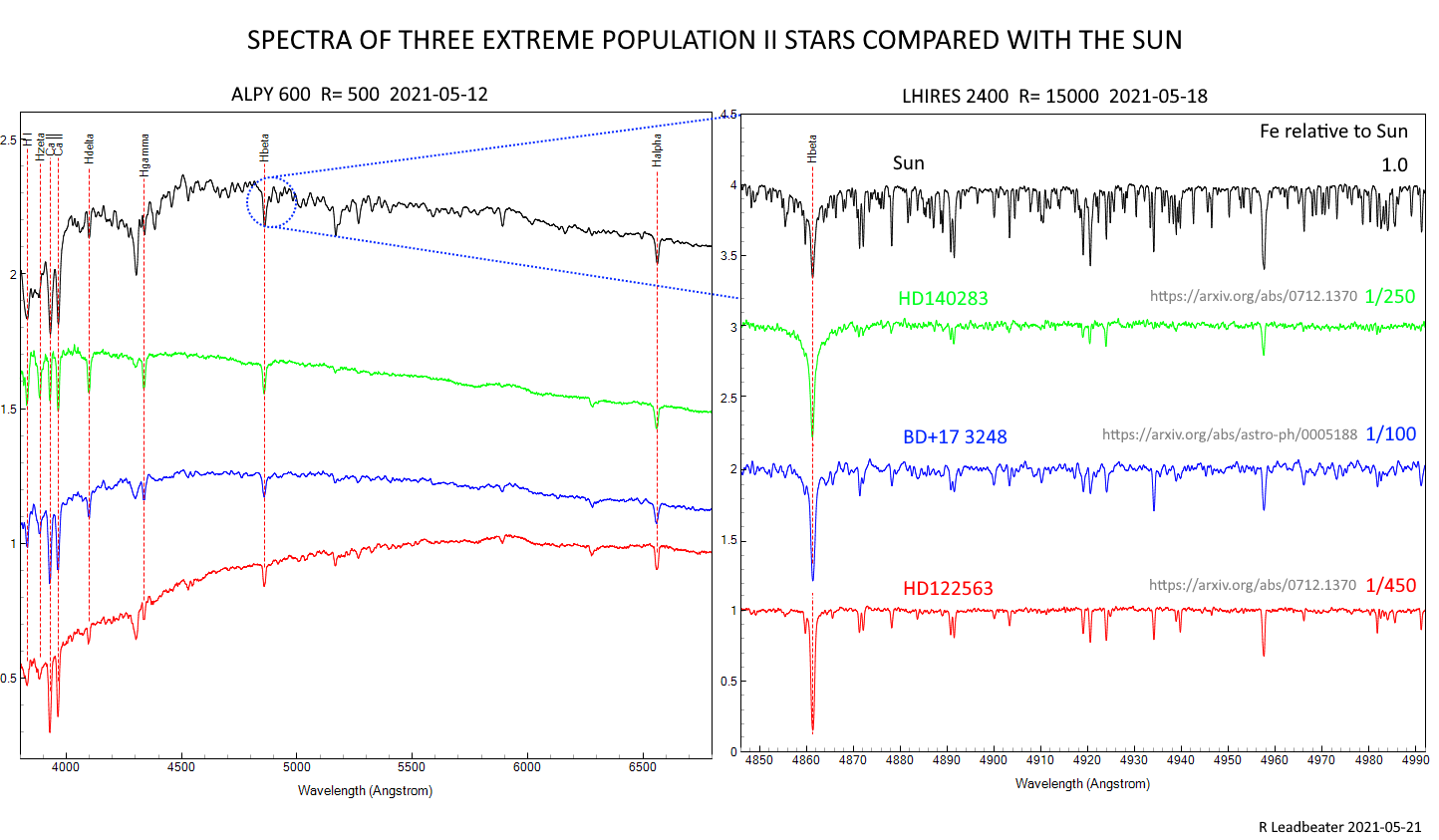 Population II stars have low metallicity (typically <1/10 th of that of population I stars like the Sun). These three stars are extreme examples and are thought to have formed just a few hundred million years after the Big Bang, before the interstellar medium had become significantly enriched by the elements formed in supernova explosions. These stars have temperatures similar to the Sun, the spectrum of which is rich in strong lines from a large range of elements, iron in particular but the relative lack of lines in these spectra compared to that of the Sun is evident, particularly in the high resolution spectra.

(Note several strong (mainly Fe) lines in the solar spectrum appear to be relatively undiminished in the pop II star spectra. This is because the relationship between line depth and abundance is not linear and breaks down completely when the line becomes saturated (ie the photosphere becomes completely opaque) as is the case for many of the stronger lines. This means the difference in line depth does not reflect the true relative abundance.)

These stars are in the Milky Way halo (likely remains of earlier galaxy mergers) and have significantly out of plane orbits so tend to show large proper motions and radial velocities relative to the Sun. Here the spectra have been corrected to the rest velocity frame.