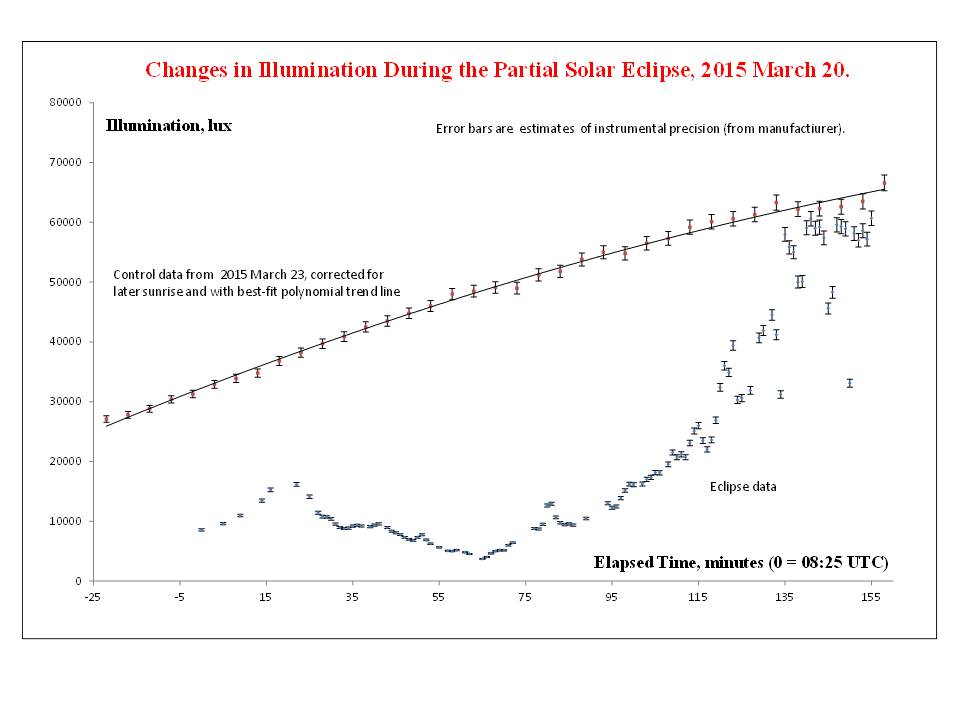 Whilst getting ready for this week's partial, I came across my observations from the eclipse of 2015 March 20. The weather and last minute equipment failure led to a last minute change in plan (hence the missing data for the start of the eclipse). I used a lux meter of the type used to determine illumination levels in offices etc. and simply noted how this changed throughout the eclipse (lower graph). The next day, which was, of course, perfectly  clear, I repeated the exercise, correcting the time for the later time of sunrise (upper curve). Of course, the second day was nearer the solstice so the Sun is a little higher and so the sky lighter.

I can't vouch for the absolute accuracy of the lux readings - according to the sticker on the back of the meter its calibration should have been renewed in 2002 July!. Still, the meter did come out of a skip and relative readings should be ok.

In the eclipse curve I interpret the rapid fluctuations as due to cloud and the general overall shape to the effects of the eclipse. The fact that the post-eclipse curve and the curve measured the next day are very similar gives me confidence in these measurements.

I hope to repeat the exercise on Thursday!