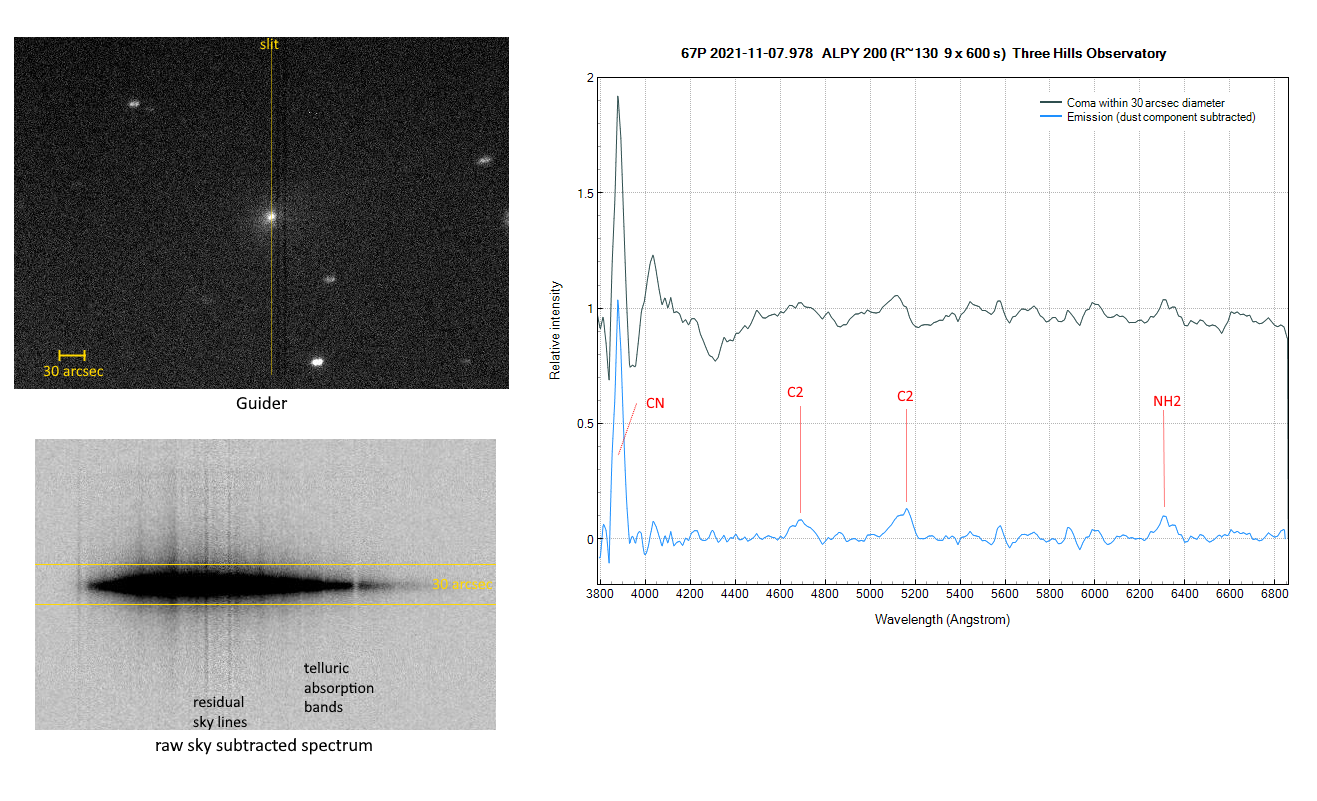 The spectrum of the inner coma to 30 arcsec diameter is dominated by scattered sunlight from the dust. In comparison with this spectrum of 29P however a few percent of the light comes from emission features. By subtracting the scattered sunlight in the spectrum, emission from CN, C2 and NH2 can be picked up. The same emission features can be seen in the spectrum image, further away from the central region where there is less dust. (The raw spectrum image has been stretched to bring out the fainter emission in the outer regions. This has saturated the much brighter inner coma in the image. The original fits image used to produce the digitised spectrum is not saturated.)

Very nice work. I don't understand why the spectrum doesn't look saturated, if the spectrum is taken as a horizontal slice through the middle part of the black. It all looks black on the screen image, but does it show a variation in intensity on closer inspection?

The raw spectrum image shown here has been very stretched to bring out the faint emission in the outer region. This has saturated the central region of the coma. The original fits image which was used to produce the spectrum is not saturated. (I will add a note to the image in explanation)

Oh right, I understand, thanks