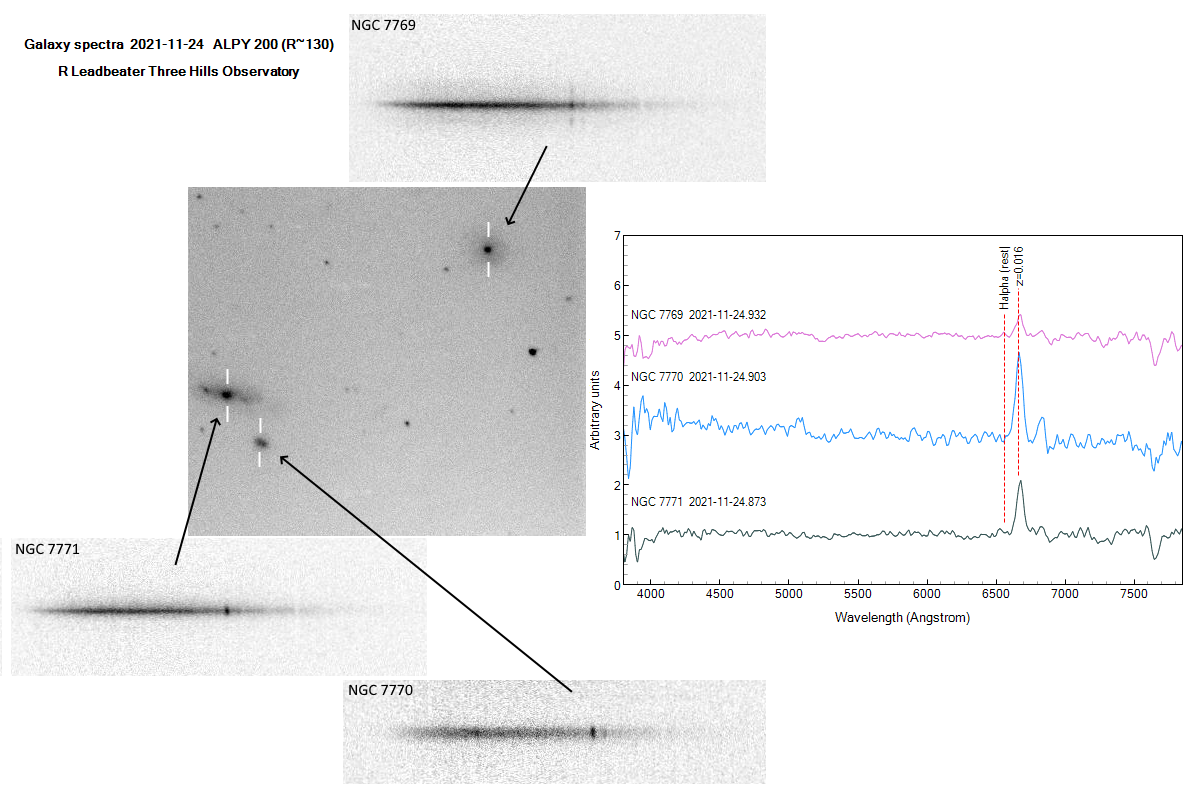 After a failed attempt to take a classifying spectrum for possible supernova AT 2021aexi in NGC 7771 (too faint, bright moon), I noticed two other galaxies in the same guider field so since I was there I decided to take spectra of all three.  The spectrum images are sky subtracted and the digitised spectra (R~130) are of the bright central regions. They all show clear H  alpha emission at similar redshift so are likely part of the same group at a similar distance.

Mike Harlow,  Jeremy Shears,  Nick James,  Andy Wilson,  Alun Halsey,  Callum Potter
Copyright of all images and other observations submitted to the BAA remains with the owner of the work. Reproduction of work by third parties is expressly forbidden without the consent of the copyright holder. By submitting images to this online gallery, you grant the BAA permission to reproduce them in any of our publications.