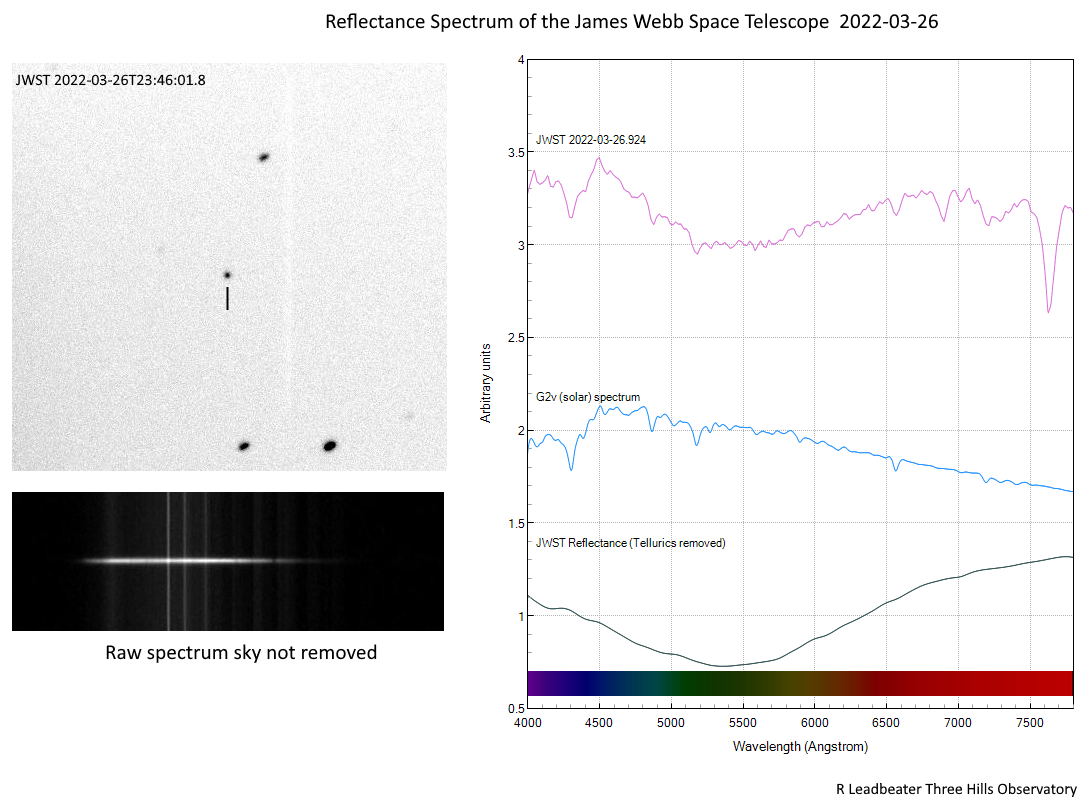 The JWST at around mag 14 at the time proved a nice target for practising guiding the spectrograph on faint moving targets using a variable offset from a field star and the PHD2 software comet guiding option. (See here for examples of comet spectra guided using the same technique).

The spectrum of the reflected sunlight (presumably dominated by the giant sunshield), once corrected for the solar spectrum, suggests a reddish colour with a blue tinge and a deficiency at green wavelengths.

The NASA page on the JWST sun shield mentions a “pink” colour due to the coatings
https://webb.nasa.gov/content/about/innovations/coating.html
This is consistent with the reflectance spectrum and is similar for example to the pink colour seen reflected from the new Baader Bessell V filter which use dielectric coatings to reflect all wavelengths except the green V passband, in place of the traditional coloured glass.

Hugh Allen,  stan armstrong,  Nick James,  William Scutcher,  Callum Scott Wingrove,  Philip Masding,  Steve Knight
Copyright of all images and other observations submitted to the BAA remains with the owner of the work. Reproduction of work by third parties is expressly forbidden without the consent of the copyright holder. By submitting images to this online gallery, you grant the BAA permission to reproduce them in any of our publications.