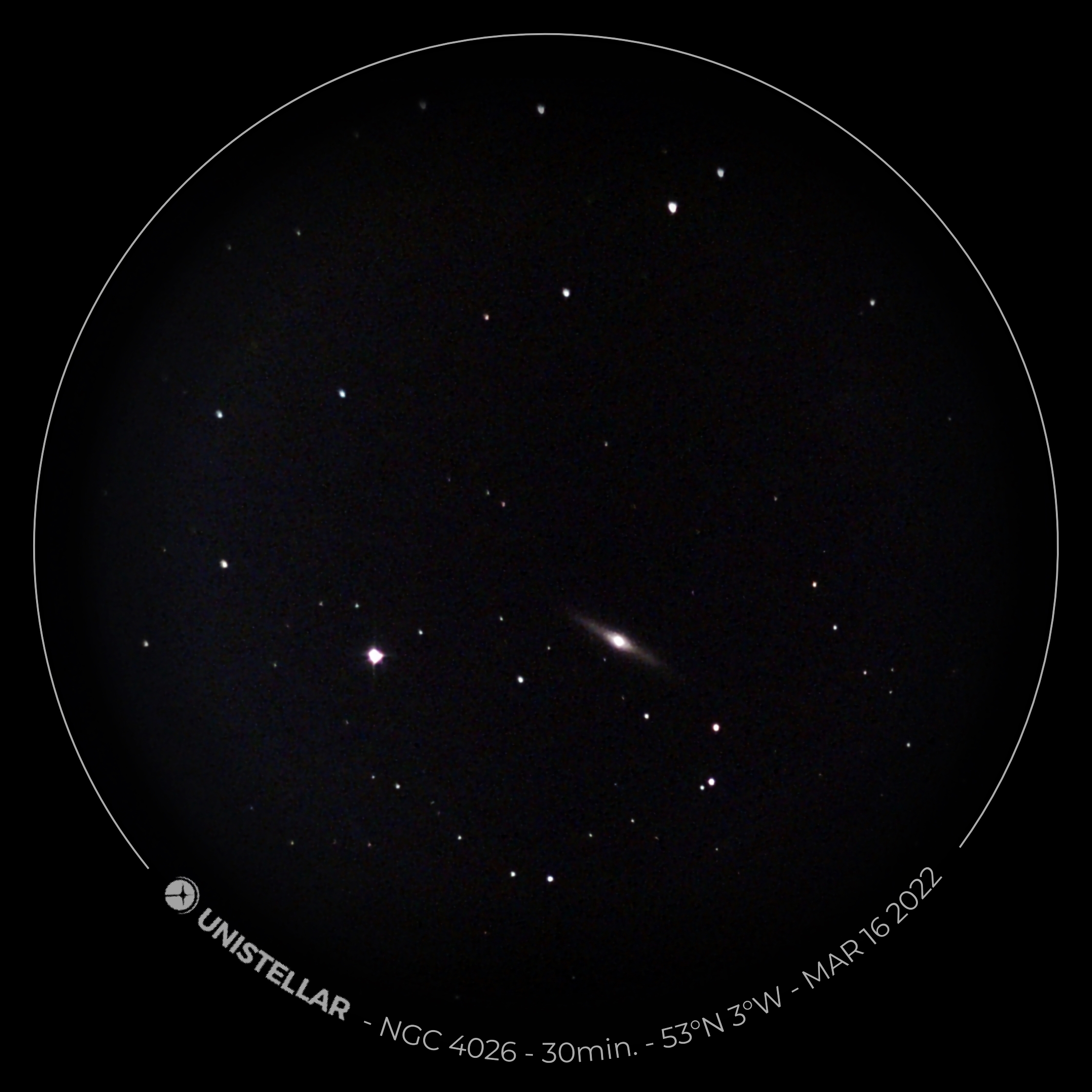 This edge-on lenticular galaxy in Ursa Major was discovered by William Herschel in April 1789. It is a member of the M109 group within the Ursa Major Cluster.

The image shows a sizeable bright nucleus surrounded by a less bright spindle-shaped shell with a faint disc extending each side. The galaxy is thought to harbour a supermassive black hole. An interesting object.

Callum Potter,  Paul Leyland
Copyright of all images and other observations submitted to the BAA remains with the owner of the work. Reproduction of work by third parties is expressly forbidden without the consent of the copyright holder. By submitting images to this online gallery, you grant the BAA permission to reproduce them in any of our publications.