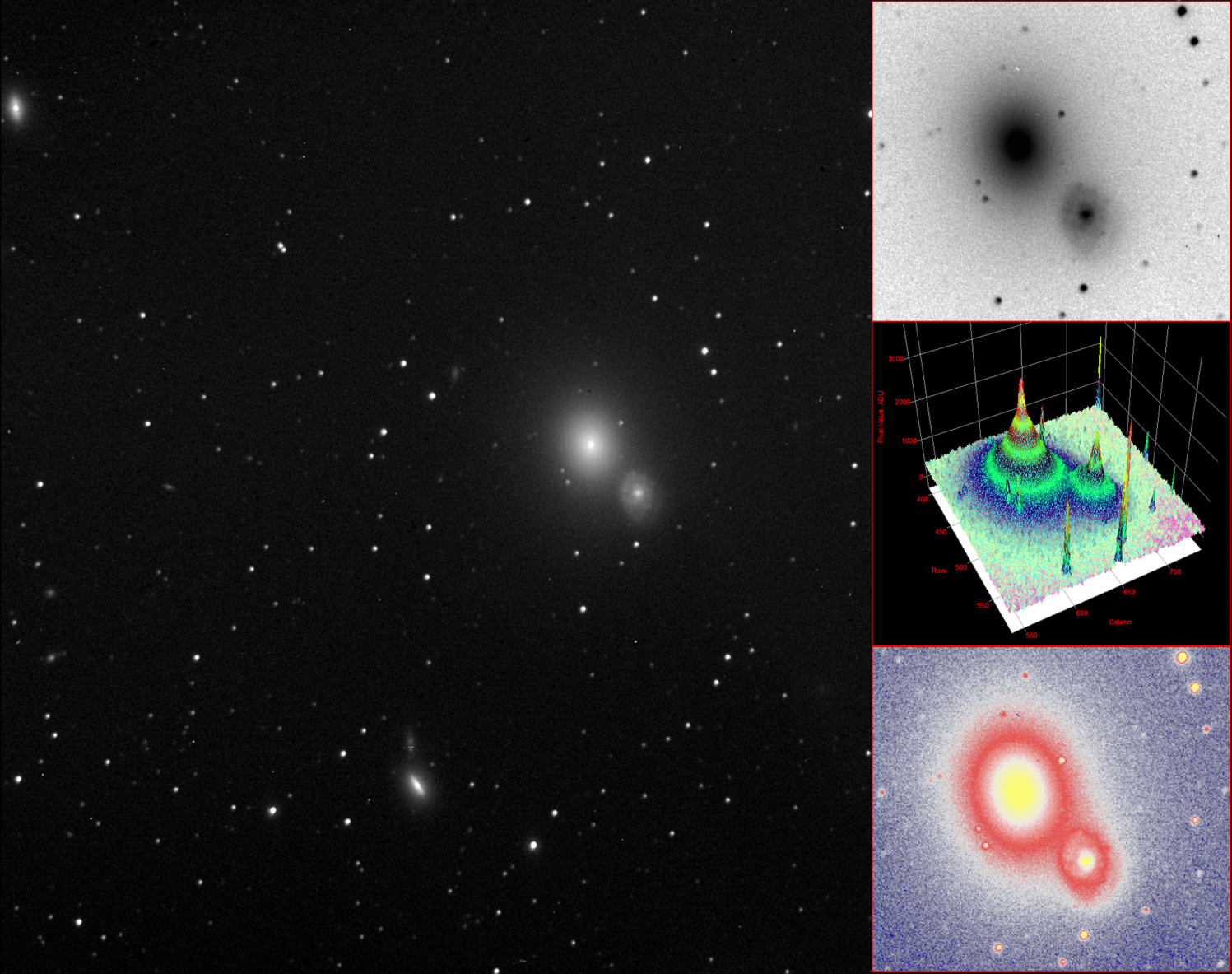 Neighbours within the Virgo galaxy cluster. M60 (NGC 4649) is a giant elliptical galaxy 120 thousand light-year across containing a trillion stars surrounded by thousands of globular clusters and a number of dwarf satellite galaxies. M60 is some 55 million light years distant.

Distinct spiral galaxy NGC 4647 is estimated to be some 63 million light years distant with a respectable size of 90,000 light years across. The two galaxies are thought to be very weakly interacting and that tidal interactions may be just beginning.

Dr. Halton Arp originally compiled the Atlas of peculiar galaxies with photographs he made mainly using the Palomar 200-inch telescope and the 48-inch Schmidt telescope between the years 1961 to 1966. Original image can be found here:

Great image .  I had the pleasure of  hearing a talk by Alton Arp at at SAGAS/ Night Life Convention in Portsmouth  some years  ago;  a fascinating  and informative  talk on active Galaxys. Other  speakers  were Patrick Moore and Douglas Arnold. A memorable day  indeed..

Thanks Neil. That sounds like an amazing time with great memories, it's sad that we have lost some great people but their work lives on.