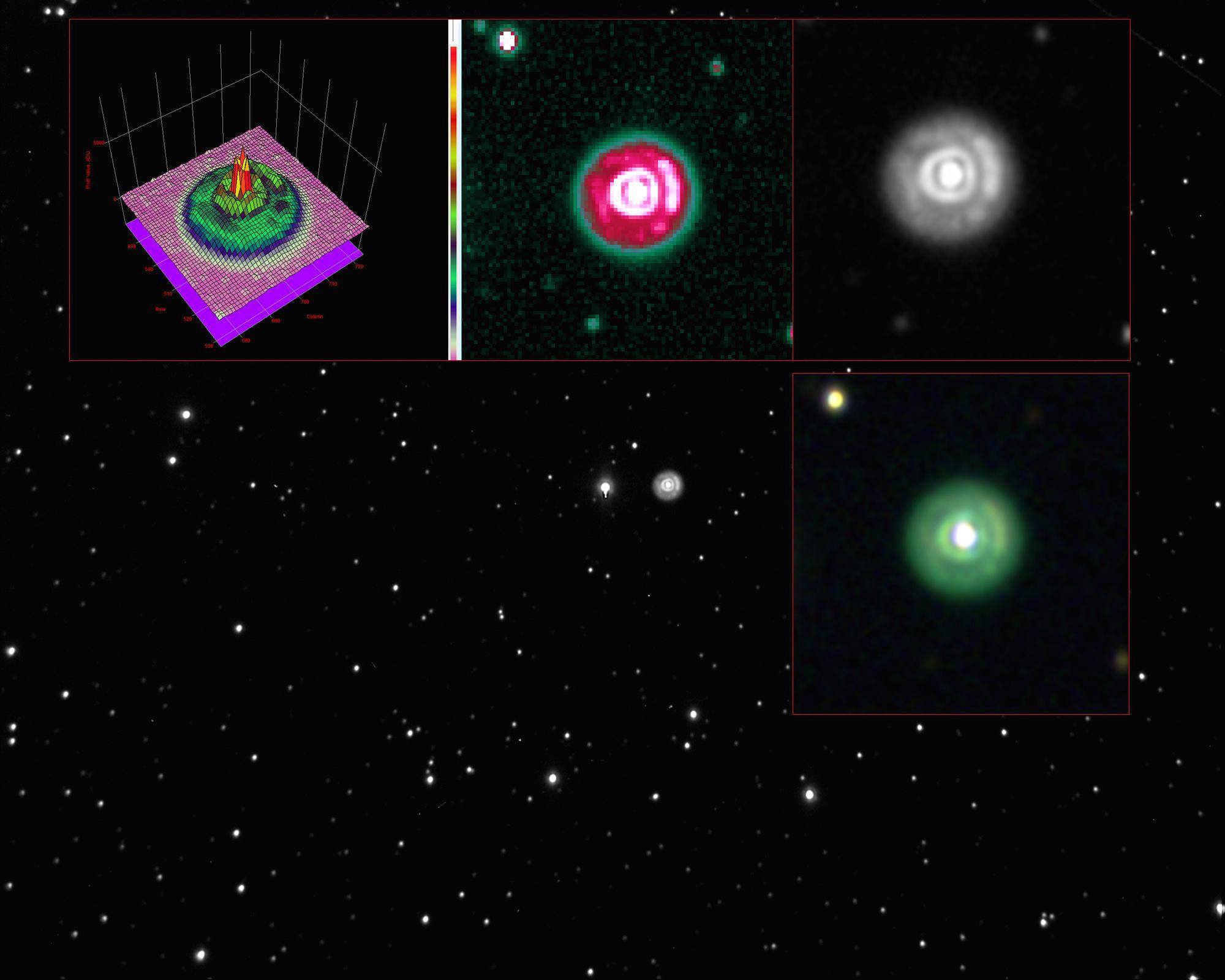 A star like our Sun some three thousand light years distant came to the end of its normal life of converting hydrogen to heavier elements by means of nuclear fusion and about 10,000 years ago, when Ireland and UK were still in the grips of the end of the last ice age this old star shed its thicker outer layers during its red giant phase at about 50,000 kilometres per hour. At its centre all that will remain in time is a stellar core known as a white dwarf about the size of the Earth but very dense and very hot were no nuclear fusion takes place but is able to shine due to stored thermal energy. Its lifetime measured in many billions of years.

Looking at the structure of the nebula one can see distinct rings or doughnut shaped structures surrounding the central star. We see only two dimensions as in this image from our vantage point on Earth but in fact, the Eskimo nebula is double lobed (bipolar structure) in nature. The extended filaments are thought to be a light year across with the inner filaments of material (ejected later) at a much greater velocity of about six million kilometres per hour thus eventually catching up with the slower moving material causing the material to become very hot and glow at high temperatures. This will closely approximate the fate of our Sun in the very distant future.

Jeremy Shears,  Ray Emery,  Andy Wilson,  Graham Winstanley,  David Basey,  Peter Carson,  David Hancox
Copyright of all images and other observations submitted to the BAA remains with the owner of the work. Reproduction of work by third parties is expressly forbidden without the consent of the copyright holder. By submitting images to this online gallery, you grant the BAA permission to reproduce them in any of our publications.