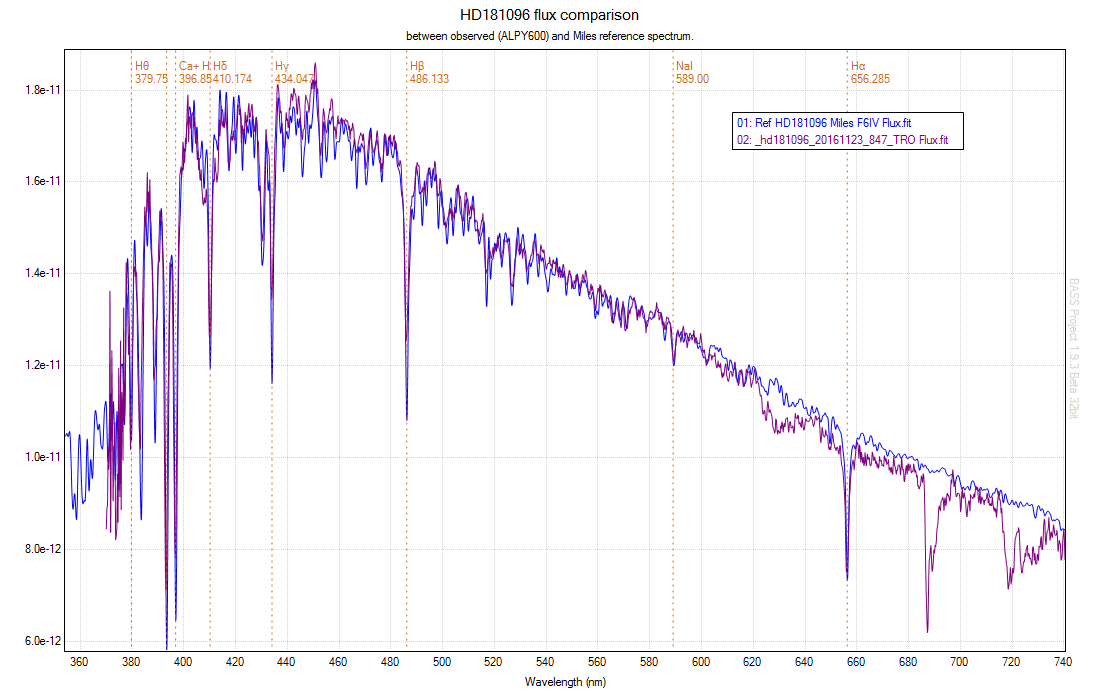 This is the spectrum for a Miles comparison star HD181096 (taken as a standard for observations on WZ Lyr) and the spectrum from the Miles database itself both of which have been flux calibrated using a Simbad V filter value of 6.0.

There's generally good agreement from 380nm up to about 620nm but there's a divergence thereafter the reasons for which could be due to either an error in the camera response curve or perhaps the star's mag in the R band at 5.7 (and I band at 5.5). That is, it's actually dimmer in that regime but I haven't been able to accommodate a second value in my comparison.   (That last bit is just thinking aloud).

Jeremy Shears,  Clive Beech,  Peter Carson
Copyright of all images and other observations submitted to the BAA remains with the owner of the work. Reproduction of work by third parties is expressly forbidden without the consent of the copyright holder. By submitting images to this online gallery, you grant the BAA permission to reproduce them in any of our publications.