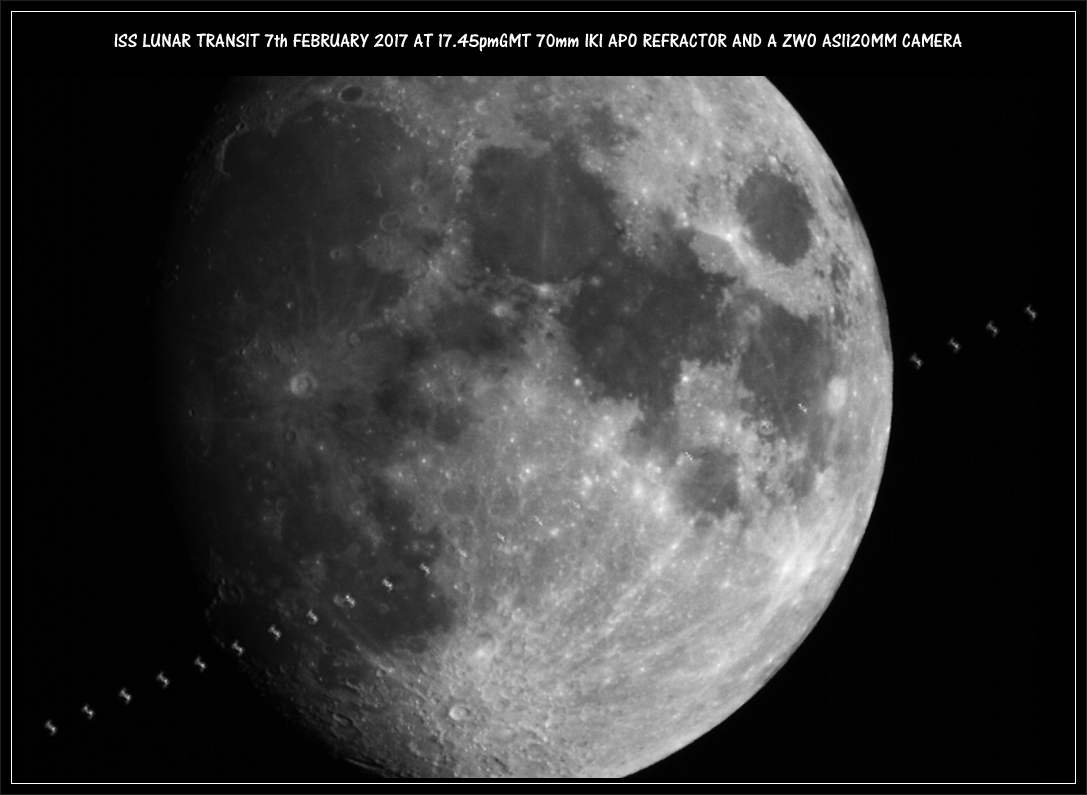 I had a lucky cloud break for this image. 20 minutes before the ISS transit it was clear skies, 5 minutes to go and it was 90% percent cloud. A couple of minutes to go the clouds parted and I was able to get the shot.

Great capture, well done! How did you know what sort of settings in the capture software would give nice exposure to both the Moon and the ISS? Is this a composite image of 27 frames from a video? What kind of frame rate were you imaging at? I love it.

I just set the exposure for the Moon to be honest. The image is made up of 27 frames from the AVI (captured with the DMK21 camera) that showed the ISS transiting the Moon. I then ran those frames through Starstax software to create the final image.