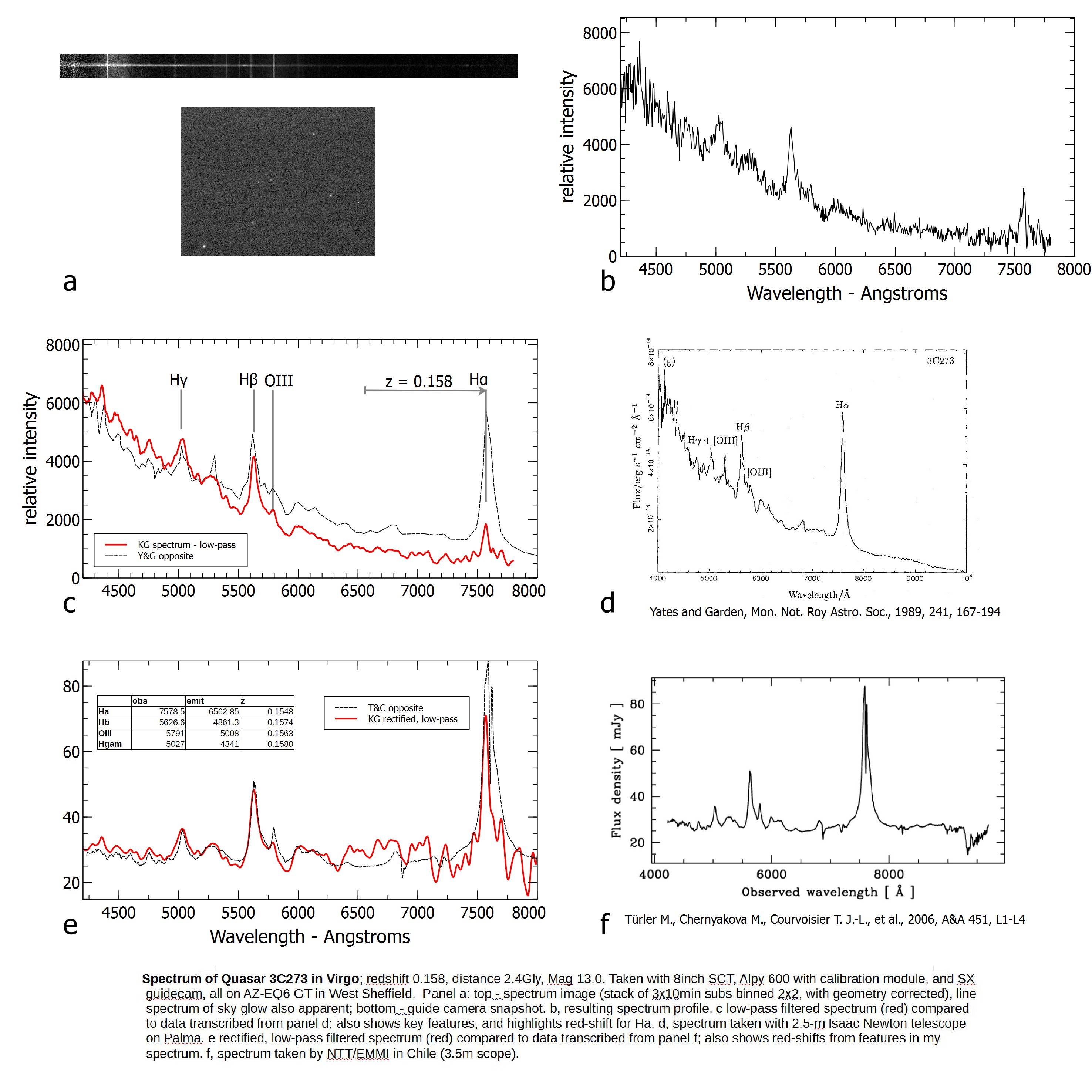 3C 273 is a quasar at around 2.5GLy away with a published redshift of 0.15. Since learning to use the Alpy spectrograph I have wanted to observe the cosmological redshift of a distant object, and this quasar is a classic 'testbed' for doing this as I believe its the brightest of its type. However, it was a challenge for me because, at mag 13.0, in West Sheffield suburbia, the signal in the spectrum  was getting lost in the skyglow lines. I eventually got something useable after binning at 2x2 (trying 4x4 next time).

Comparison of the smoothed spectrum with professional data shows (I think) a reasonably good match of the main features and my estimated redshift was close to that reported there.