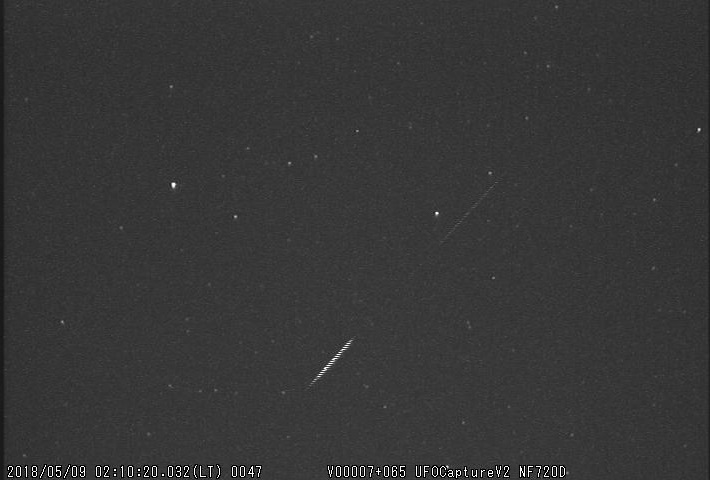 My automatic video camera caught this double-peaked sporadic meteor, that is to say a meteor with two peaks of brightness during its passage through the Earth's atmosphere. The UFO Analyser software actually identifies it as two separate meteors, but I am certain it's a single object as it appears in every frame of the video. I've captured a few "double-peakers" before, but none quite as extreme as this one!

The meteor was travelling from top right to bottom left.

This is from my north-facing meteorcam.

There is a discussion on double-peaked meteors on the BAA Forum.

It looks like my NW camera recorded the same event, although the meteor was near the edge of my FoV, so unfortunately I only recorded one of the trails.