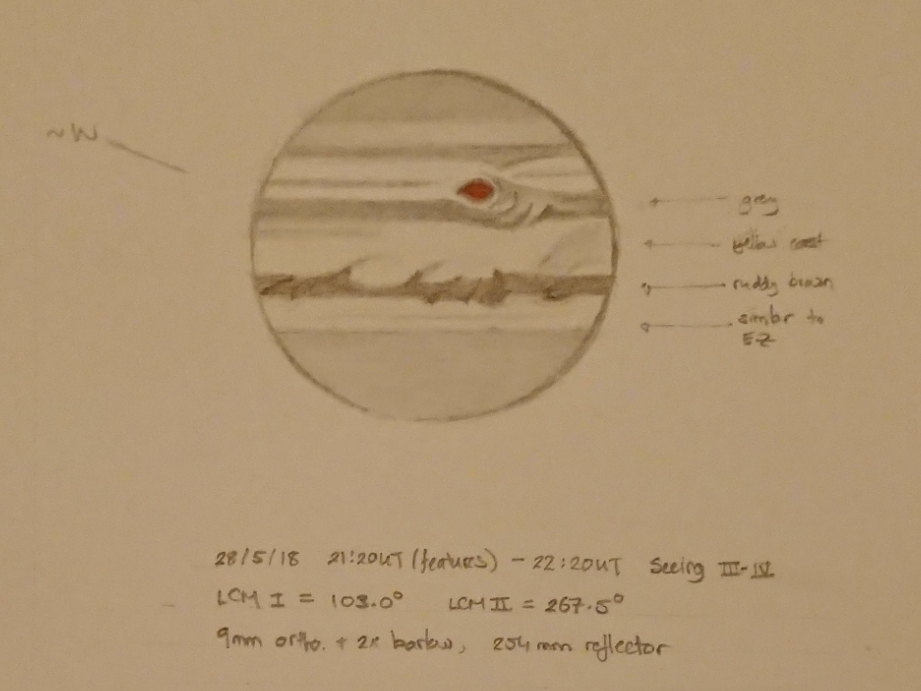 My first serious observation of Jupiter this apparition having being rising early to observe Mars (and hence early to bed!). I noted that the GRS is such an intense red at the moment while the Northern Temperate Zones have lost the orange colour they had last summer, and both they and the Equitorial Zone had quite a strong yellow cast. The Northern Equatorial Belt was a ruddy brown colour and the Southern Equatorial Belt appeared just grey. Seeing was moderate (to poor) through a layer of haze but good enough to examine the detail in the SEB following the GRS.

As it happens, I was also observing Jupiter at about the same time, enjoying the same GRS transit under very steady conditions. I too was struck by how intensely coloured the GRS spot was (4-inch refractor)

Thanks Jeremy. I also noted that in the moments of better seeing it appeared that the GRS had a dark outline and was possibly a little more intense in its south-western parts.