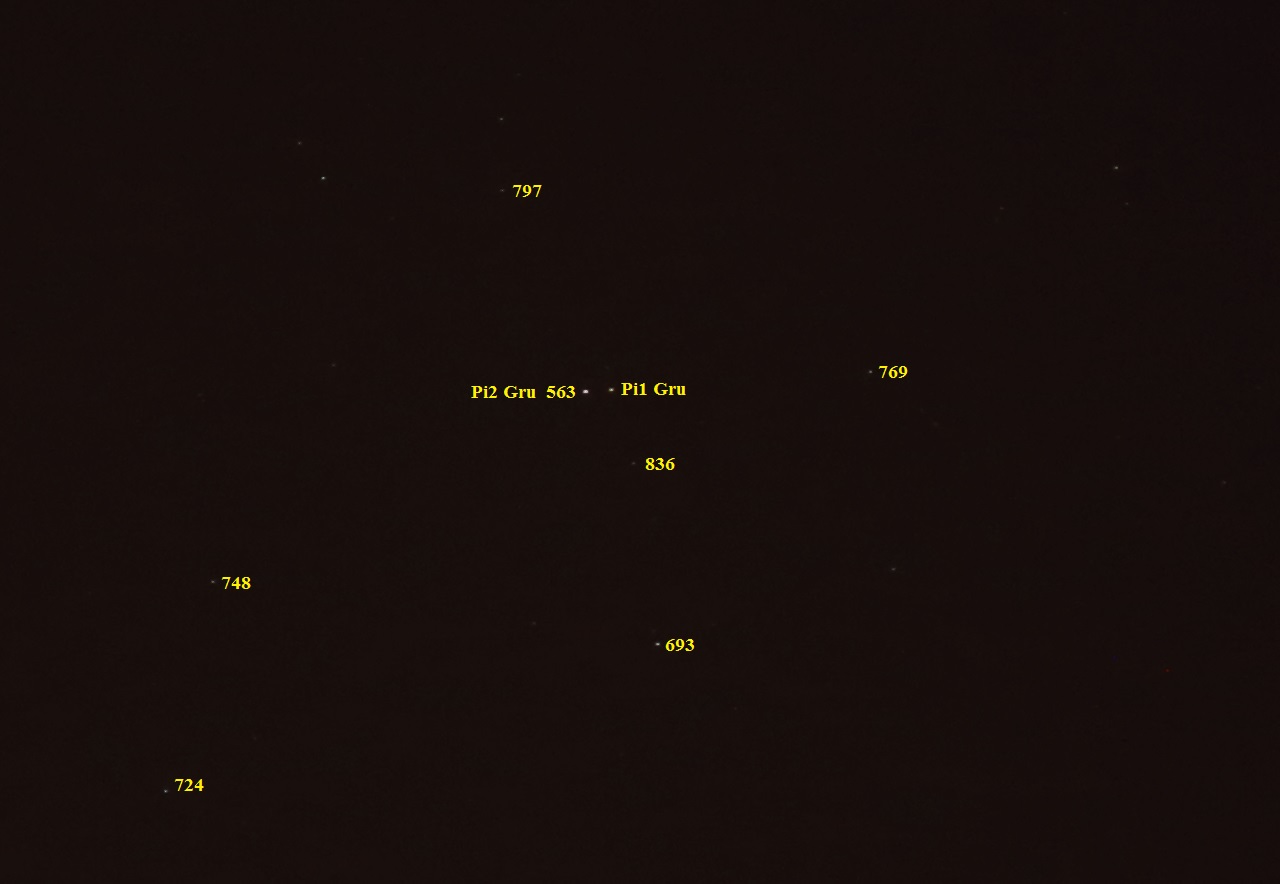 Pi1 Gruis is a red semi-regular variable star that is not visible from the U.K. Recent observations have revealed a diameter of 21 milliarc seconds.  It is one of the brightest stars in the sky of spectral type S, at S5.7. The disc of the star has been revealed by the E.S.O.'s Very Large Telescope, and it is 350 times the diameter of the Sun. Granulation patterns  caused by giant convection cells have been observed on its surface. Each convective cell is about 120 million kilometres across. Its distance is 499 light years +/- 67 light years. It varies between mags 5.4 and 6.7, though it can fade below this. It was observed visually from Zimbabwe and Botswana from 1982 to 1995, and a deep minimum was observed in the early 1990s, though for most of the time it did very little. The close proximity of Pi2 Gruis makes this star a challenging object for visual observation so I am now monitoring it with my camera.

North is up on the image.

David Basey,  Jeremy Shears,  Peter Carson
Copyright of all images and other observations submitted to the BAA remains with the owner of the work. Reproduction of work by third parties is expressly forbidden without the consent of the copyright holder. By submitting images to this online gallery, you grant the BAA permission to reproduce them in any of our publications.