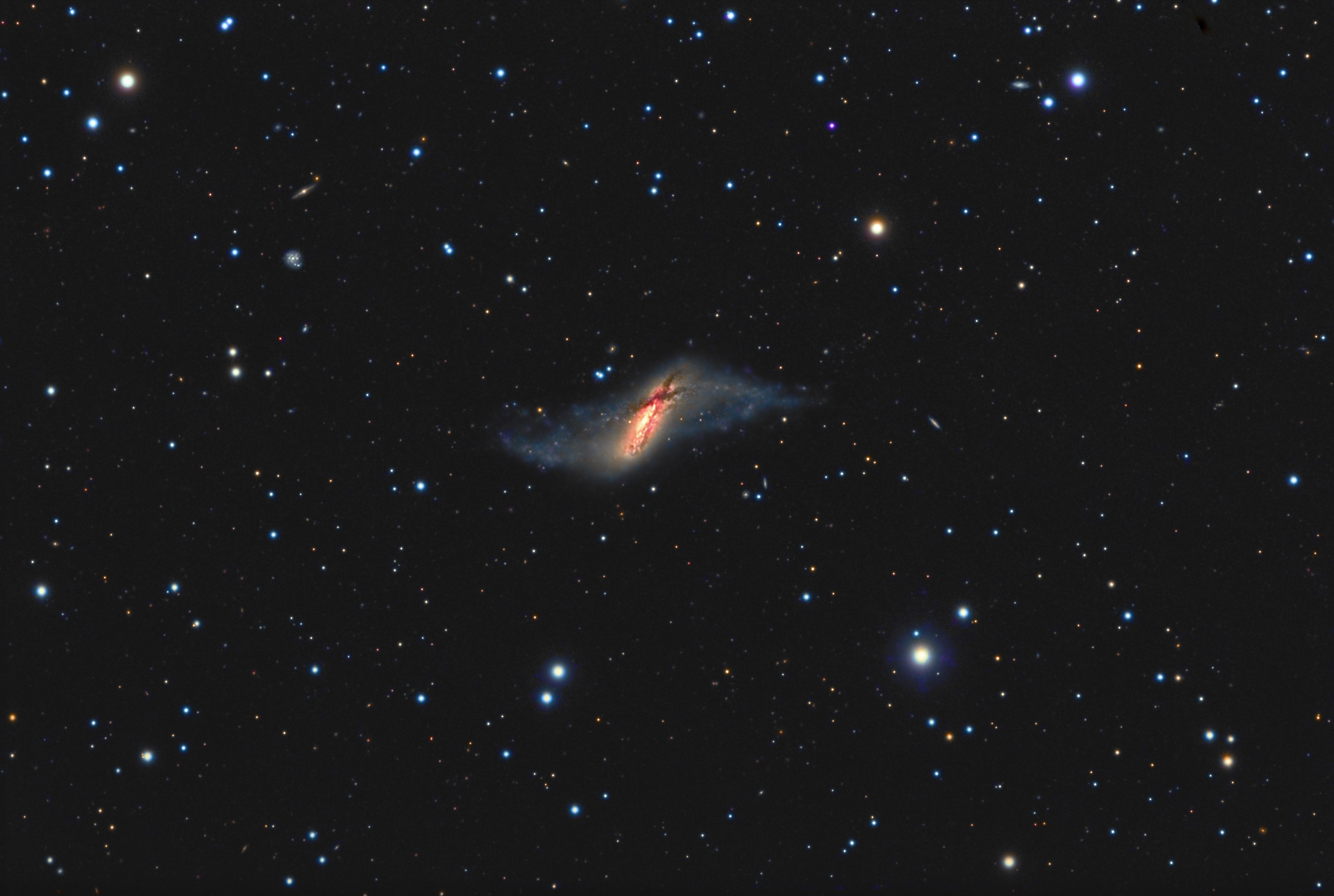 40 million light years from Earth in the constellation of Pisces, NGC 660's peculiar appearance marks it as a polar ring galaxy. A rare galaxy type, polar ring galaxies have a substantial population of stars, gas, and dust orbiting in rings strongly tilted from the plane of the galactic disk. The bizarre-looking configuration could have been caused by the chance capture of material from a passing galaxy by a disk galaxy, with the captured debris eventually strung out in a rotating ring. The polar ring component can also be used to explore the shape of the galaxy's otherwise unseen dark matter halo by calculating the dark matter's gravitational influence on the rotation of the ring and disk. Broader than the disk, NGC 660's ring spans over 50,000 light-years.

Jeremy Shears,  Graham Winstanley,  Ray Emery,  Peter Mulligan,  Geof Lewis,  David Swan,  Andy Wilson,  David Basey,  Dr Ollie Garrett,  Peter Carson
Copyright of all images and other observations submitted to the BAA remains with the owner of the work. Reproduction of work by third parties is expressly forbidden without the consent of the copyright holder. By submitting images to this online gallery, you grant the BAA permission to reproduce them in any of our publications.