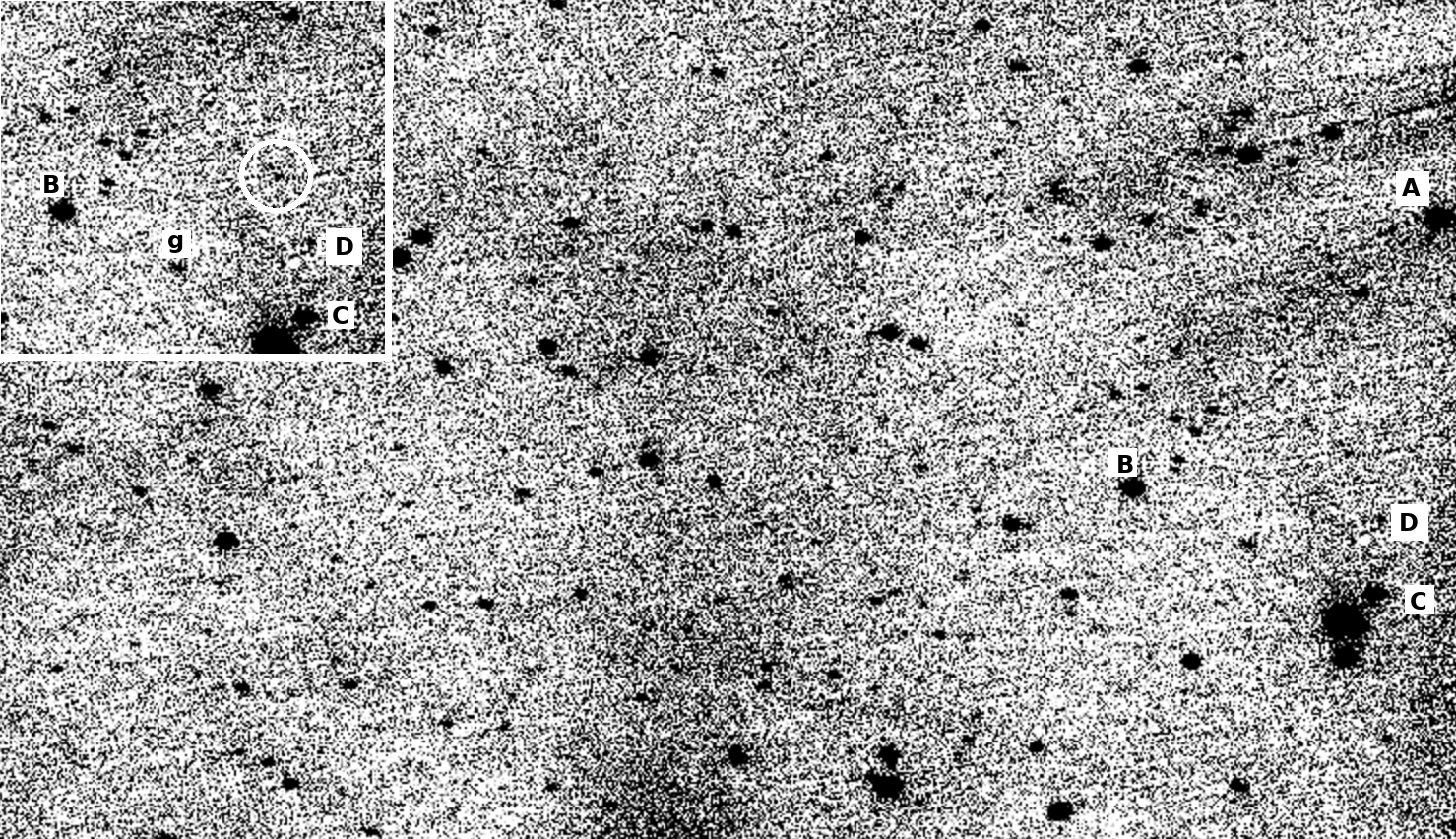 I'm starting an observation program to image and, where possible, perform astrometry on some of the smaller satellites in the outer solar system; this is my first attempt.  Sycorax is circled in the insert; star 'D' is V=20.65 according to the GAIA-DR2 catalogue and 'g' is an as-yet unidentified background galaxy at a (guessed) 17th magnitude.  Uranus and a 6th magnitude star were carefully placed outside the imaging region; their scattered light can be seen at the bottom edge and the top-right corner respectively.

Sycorax was discovered with the Hale 5m in September 1997 --- just over 21 years ago.  This image was taken with a 12 times smaller aperture.  The satellite has a V magnitude of 20.5 according to the MPC ephemeris.  Despite a SNR of only 4 I was able to measure a position good to about 0.2 arcsecs which agrees well with the published position.

Uranus is well placed right now, as is Neptune.  Nereid is next on the list once our moon gets out of the way.  It should be markedly easier as it is so much brighter.

That looks fun. Where do you get the ephemeris for doing that?

The MPC provides ephemerides of all sorts of objects.  Their Natural Satellites Ephemeris Service allows you to select satellites of Jupiter, Saturn, Uranus and Neptune and is available at https://minorplanetcenter.net/iau/NatSats/NaturalSatellites.html

Ephemerides of other solar system objects can be found dangling below https://minorplanetcenter.net/iau/Ephemerides/EphemOrbEls.html

Ah, didnt know they did moons as well. Thanks.

The catalog wasn't published until July 2018 and wasn't incorporated into VizieR until after I'd posted the above, which explains why I could not then identify the galaxy.